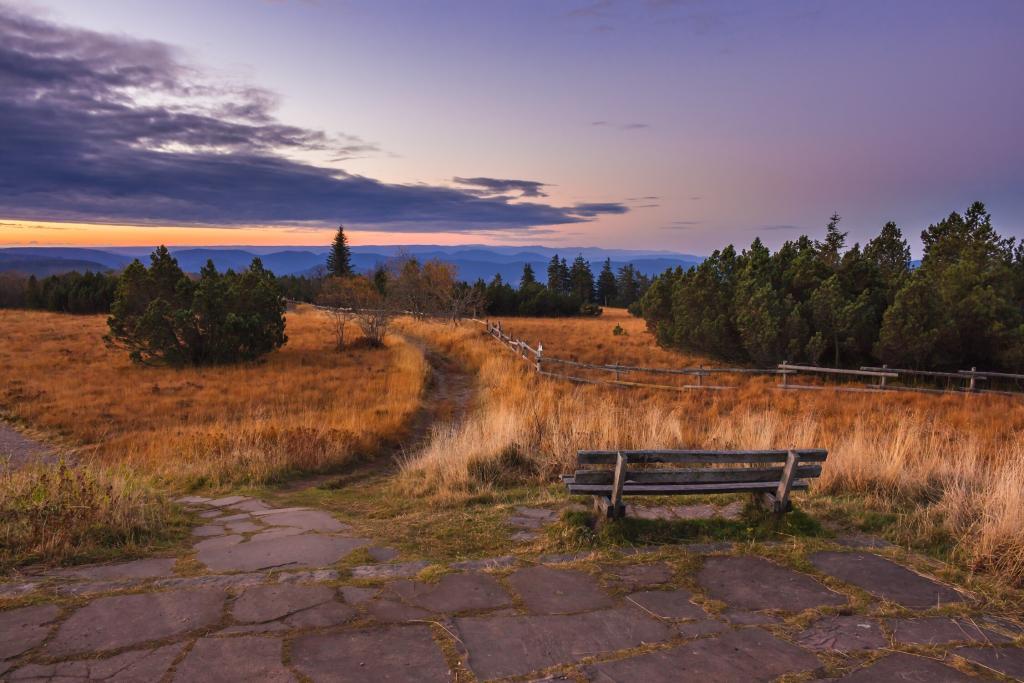 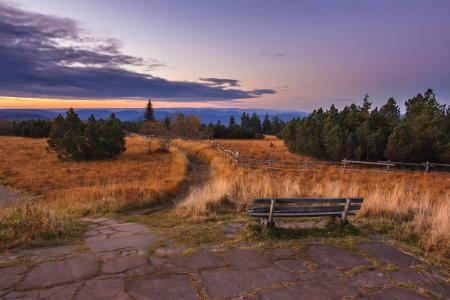 The most beautiful mountains in the northern Black Forest

The Hiking in the Black Forest is very popular with tourists. Almost 24.000 kilometers of signposted hiking trails are available here. With an area of ​​11.100 square meters, the Black Forest is the mightiest low mountain range in Germany. This varied region is bordered in the east and south by the Rhine to Pforzheim in the northern part.

The Black Forest is one of the most popular hiking regions in Germany. Every nature lover will find their tour here, whether it's one Canyon hike, a peak ascent, a leisurely tour of the lake or a waterfall tour.

The most popular panoramic mountains include the Ballon, the Schauinsland and the Kandel in the southern Black Forest as well as the Schliffkopf, the Hornisgrinde, the Merkur, the Hohloh and the Teufelsmühle in the north of the Black Forest.

This mountain is the highest mountain in the north of the Black Forest. It is an elongated ridge with a length of about two kilometers and it lies roughly in a north-south orientation.
The ridge of the summit of the mountain is bordered by the Mummelsee in the south and from the Muhrkop near Unterstmatt in the north. In the west there is a slope at a height of about 900 to 1000 meters through the Black Forest High Road in the east, however, the slope falls relatively steeply to the Kar Biberkessel with a silting blind lake. The ridge of the summit merges into the 1123 meter high Katzenkopf in the south-western part, while in the south-east the ridge slopes down towards the Seibelseckle. The southeastern ridge and the Katzenkopf of the mountain form a cirque of the Mummelsee located here.

This mountain offers tourists with the mild stimulating climate a very good contrast to the gentle climate in the valley. 300 meters above this valley, from the high plateau of the mountain, holidaymakers can expect wonderful views of the nearby spa town of Bad Wildbad and the heights of the Black Forest.

This mountain of the northern Black Forest is located on the Hochstraße in National park of the Black Forest, between Ottenhöfen, Baiersbronn and Oppenau, and is the location of the four-star wellness hotel of the same name. Many long-distance hiking trails, including the Westweg, lead away from and towards the mountain.

In June 2003 the Storm Throw Adventure Path Lothar Path open. Along the 800-meter-long adventure and educational trail on the ten-hectare storm thrown area, visitors can watch how the storm area, which was severely torn in 1999 by the hurricane Lothar, is being revitalized today. Of the Lothar path walks over footbridges, stairs and ladders and shows how forces of nature work and how nature deals with this interesting area and what arises again by itself. The mountain is also the source area for Acher and Murg.

The Mehliskopf is a 1007,8 meter high mountain in the main ridge of the northern Black Forest in Germany. The mountain lies above the Black Forest High Road to the west, between Hundseck in the southwest and Sand in the north. Its summit is in the district of about 9 kilometers west-northwest in the district Rastatt situated city Buhl. The tower of the same name stands on the western edge of the plateau. This eleven meter high observation tower was built in 1880 by the Black Forest Association and has been renovated several times since then. The tower consists of a stone base with a covered and wooden viewing platform.

This mountain is a 971 meter high and elongated ridge in the northern Black Forest and a village on it in the southern area. The scattered settlement is now a well-known district of Freudenstadt. The Kniebis is located directly on the elevated road, which leads from Freudenstadt as the B 28 and continues from the top of the pass to the Alexanderschanze as the B 500 to Baden-Baden. The B 28 then continues to Strasbourg and Kehl. Landesstraße 96 leads south to Hausach. The mountain is directly connected to the bus service from Freudenstadt.

Images courtesy of marcelheinzmann - stock.adobe.com and Asal Stefan
More on the topic:

Ortenau: By bike through the legendary Black Forest
The Black Forest is the perfect place for nature-loving people to unwind. The green nature can be enjoyed on hikes and bike tours
Tonbach log cabin
The log cabin is beautifully situated on the edge of the forest in the Tonbach side valley of Baiersbronn. It offers space for 40 people in a rustic ambience. Expected in the log cabin

Black Forest alternative: North Sea - vacation in Blåvand
Holidaymakers who like to travel to the Black Forest will certainly find the Danish Blåvand ("blue water") very popular. Admittedly, the North Sea, seagulls and sandy beaches like in
Wieden