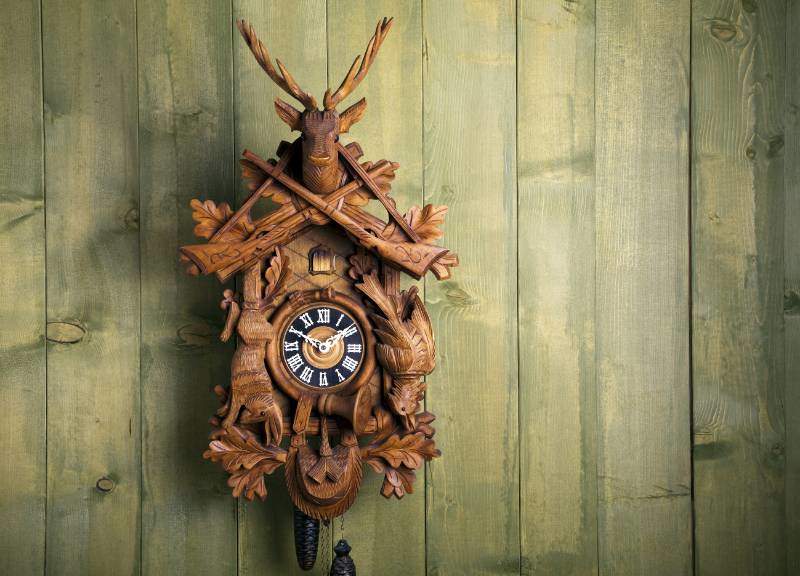 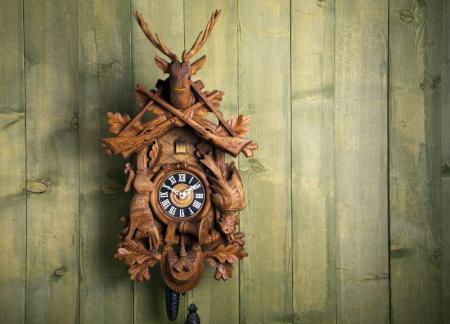 Cuckoo clock from the Black Forest

The Black Forest Forests Cuckoo clock is again bollenhut a synonym for the Black Forest. The clocks are an indispensable part of any souvenir shop. However, it was a long and rocky road until it was so far that the “Original Black Forest Cuckoo Clock” became a trademark of the region in southern Germany.

Abroad, especially in the US, is the Cuckoo clock a typical symbol for Germany. Because many Americans spend their vacation in Germany mostly in the south, in the Black Forest or in Bavaria. Since the attacks on September 11th in New York, however, the number of American guests has declined noticeably, and in return, more and more holidaymakers from the Far East are now traveling to the Black Forest.

History of the cuckoo clock

Where exactly the cuckoo clock comes from is still largely unknown.

The first cuckoo clock from the Black Forest

In a small Black Forest house near Triberg, the two brothers Andreas and Christian Herr, born in 19 and 1812, began building cuckoo clocks that made music at the beginning of the 1814th century. The historians who write about the Black Forest clock making, however, are not entirely in agreement. Markus Fidelis Jäck writes that in 1810 Franz Anton Ketterer from Schönwald did the first in 1730 Cuckoo clock made. However, the writer Franz Steyerer reports differently about the history of clocks. Franz Steyerer reports in his book "History of the Black Forest Clockmaking Art" from (1796) that Michael Dilger from Neukirch and Matthäus Hummer started building cuckoo clocks in 1742. In the 19th century the cuckoo was found in lacquer plate clocks as well as in frame clocks.

To the poor region around Furtwangen the government of the “Grand Duchy of Baden” commissioned the young civil engineer Robert Gerwig (1820-1885) to run the watchmaking school in Furtwangen to found. The cuckoo clock was initially mostly made directly by the farmers and builders at home in the Black Forest house. With such a clock school, one wanted to promote the production of the cuckoo clock and industrialize it. The school in Furtwangen bears the name “Robert-Gerwig-Schule” today.

Robert Gerwig grew up in Karlsruhe on. After his engineering exam, he worked at the Technical University of Karlsruhe as senior director for water and road construction. Gerwick was involved in railway construction his entire professional life. He worked on many railway lines in the Black Forest, his last project was that Höllentalbahn.

Only a short time after the founding, the then headmaster Robert Gerwig called the artificial in the Grand Duchy of Baden to a competition. Designs should be submitted for a new watch case.

The appearance of today's cuckoo clock

Friedrich Eisenlohn, architect and also a planner of railway lines, submitted a case for the design of the cuckoo clock in the style of his planned railroad keeper's house and won the first prize. A decorated front with carvings of vine and oak leaves as well as local animals is then already used in 1861 for the clocks by the manufacturer Theodor Ketterer Furtwangen found. From 1863 onwards, Johann Baptist Beha produced the still known shape of the clock with carved leg hands and the weight in the shape of a pine cone.

The lacquer plate clock, which was common until the middle of the 19th century, was displaced from the market within a few years by the new railway house clock. The triumphant advance of the cuckoo clock began.

At that time sales of the cuckoo clock

The watch wearer was created based on the model of the glass wearer who wandered through the country on backpack carriers. The watch bearers also had a carrying frame on their back, on which the cuckoo clock was transported. The cuckoo clock was not only sold in this way in the Black Forest. The traders formed companies. They had branches and roamed almost all of Europe with their cuckoo clocks. The first watch dealers appear from the year 1740. Today you can still see the watch bearers with their cuckoo clocks as traditional festivals or as dolls in museums.

A 100% original Black Forest clock can be found in the Online shop Schwarzwaldpalast.de. In cooperation with the most renowned manufacturers, we offer you top quality, good advice, delivery and customer service for everything to do with cuckoo clocks from the Black Forest. From the antique style to the modern Black Forest clock - discover the diversity and beauty of each one.

Order cuckoo clocks from a price from 40 Eur including delivery and shipping at Amazon: http://amzn.to/2s8fN2t

More information about the cuckoo clock:

More on the topic:
Waldachtal-Vesperweiler

Mönchhof sawmill
The Mönchhofsäge is a living cultural monument in the northern Black Forest. The museum saw has already been awarded the cultural landscape award. The hydraulic powered saw is complete
Simonswald

Simonswald
With the romantic farms in the Black Forest and the historic water-powered mills, Simonswald is one of the most characteristic places in the area and is located on the clock road.

Cassiopeia Therme Badenweiler
Located in the south of the Black Forest is the Cassiopeia Therme, which attracts visitors from all over the world with its lavish wellness program. The various thermal baths, including