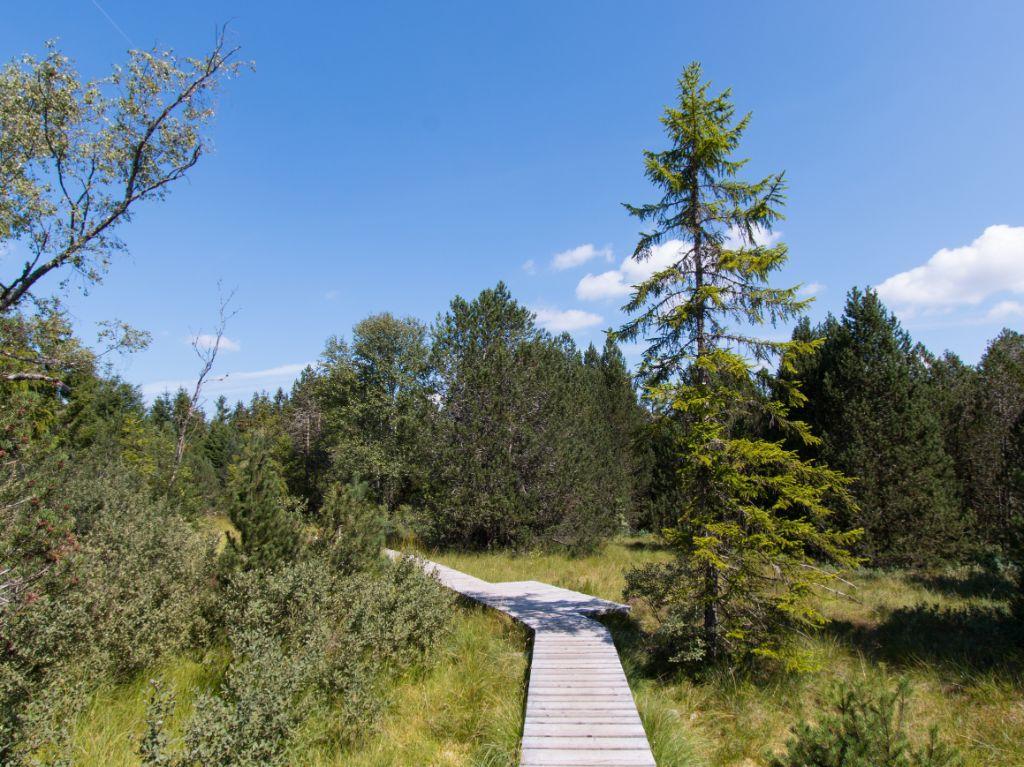 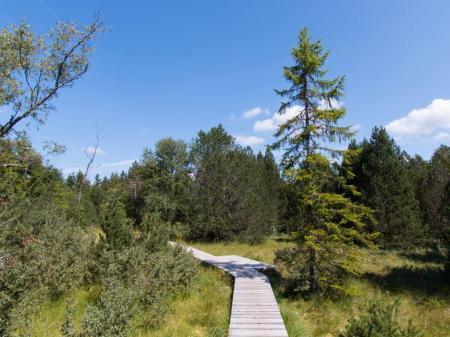 A piece of untouched nature

This national park in the heart of the Black Forest is all about nature. Humans are only guests here and can marvel at the diverse flora and fauna. There are also some insider tips that make things a little nicer than usual. In the midst of this impressive landscape, the guest can discover every season with its own facets.

The park was established on January 1st, 2014. The earliest guided tour in the national park starts at 05.00 a.m. for all early risers. The last tour takes place at 22.00 p.m. On average there are 200 rainy days and 180 foggy days in this region per year. The average snow depth is quite impressive at 60-70 cm. The fastest inhabitant of the park is the peregrine falcon with a top speed of 360 km / h. The pygmy owl, the smallest owl in Europe at 16-19 cm, can only dream of this speed. The national park employs 97 people. A ranger runs about ten kilometers a day.

Resident animal and plant species should keep their population.

In the Black Forest National Park there are many tasks related to people and nature. A central point is the protection of species and biotopes. It should be ensured that already resident animal and plant species maintain or multiply their population. If possible, the aim is to reintroduce species that were previously native to the area. For this purpose, measures for ecological restoration are taking place and the guests are guided through the existing paths in such a way that they do not endanger this project.

The park should make a contribution to relaxation and health, especially for guests. Recovery seminars and health days in the national park support this goal. A health trail is also being planned.

The changes in the park are observed by researchers and tried to explain. For this purpose, aerial photographs are taken regularly and then evaluated. Also rare and threatened animal species such as the Capercaillie are scrutinized by researchers. The aim is to find out on the one hand what can be done better in the future and on the other what national parks in other regions can learn from it.

The national park can be found in western Baden-Württemberg and extends over 10.000 hectares divided into two sections. The area is surrounded by the Black Forest Central/North Nature Park and provides special protection for a total of 0,7 percent of the forest area of ​​the state of Baden-Württemberg. The entire area is divided into three zones. the Core zone is most strongly protected and interventions in nature are not intended here. In 30 years, three quarters of the total national park area must belong to this zone. Visitors are still allowed to enter the core zone on marked paths. In the Development zone the transition to the core zone is taking place. The forest is still being prepared to cope without human support. The Management zone may permanently make up a quarter of the area. The national park team can intervene in a caring and steering manner to support species protection.

Mainly a mixed forest of spruce, fir and beech can be seen in the Black Forest National Park. Due to the nutrient-poor soils and the harsh climate, highly specialized animal, plant and fungus species can survive. Ferns and mosses in particular feel very comfortable on the acidic soils in a cool, humid climate.

In addition to deer, the national park is also home to rarer mammals such as pine marten, garden dormouse and various types of bats. In addition, countless species of birds find a home here. To name just a few, the rare three-toed woodpecker, the rough-owl and pygmy owl, as well as ring owls, jays and the capercaillie can be found here.

Many rare species of beetle settle in unused areas with dead wood. In addition, the dead trees are colonized by various types of moss, lichen and fungi. Numerous insects settle in open spaces that are overgrown with various bushes, which would have a hard time elsewhere. The endangered adder also finds a suitable habitat here. The cirque lakes in the national park offer an incomparable livelihood for amphibians of all kinds.

History of the park and forest

The history of the national park began in November 2013 when it was decided to create it. The grand opening then followed in May 2014. In terms of geological and natural history, the time since 2014 is of course only the blink of an eye. In order to relax and find its own rhythm, nature needs a lot more time. However, the foundation stone for this has been laid and should ensure a successful future.

The story of the forest itself begins far before that. 1000 years earlier, the entire area was settled with dense jungle, in which some trees were at least twice as old. Most of the trees were beeches and oaks. At that time, the first people settled permanently in the northern Black Forest. Mainly through clearing in favor of pasture and arable land, the forest was gradually destroyed and almost completely disappeared. Even after afforestation, which began around 250 years ago, the vegetation cannot even begin to compare with the original.

The Ruhestein National Park Center awaits visitors at around 900 meters above sea level. Questions about the park and guided tours are competently answered here. In addition, a lot of information material is available in the form of flyers and brochures and invites you to browse. In the National Park Center there is also a permanent exhibition about the Black Forest National Park and the particularly valuable plants and animals.

The most beautiful places

Everyone has to choose the most beautiful place in the national park for themselves, but there are some hot contenders. On the Röschenschanze once there was a military facility. The Röschenschanze consists of heaped earth walls that once served to ward off enemies. Where there used to be military buildings, nature has now prevailed and there is only a beautiful landscape to see. The All Saints monastery ruins, made of red sandstone, is located in the Lierbachtal and is also worth a visit. In the 19th century the monastery was struck by lightning and burned down almost completely. It is the largest natural waterfall in the Black Forest, where the water plunges 83 meters down.

You should plan a 30-minute walk for the Lothar path.

There are currently three adventure trails, each of which is dedicated to a specific topic and offers a lot of variety. The paths are characterized by different levels of difficulty, which should be observed in advance. The Lothar path has a difficulty of 2/4 and takes about 30 minutes over a distance of 900 meters. At an altitude of 25 meters, the guest can watch the development of the forest without human intervention. The path leads over footbridges, ladders and stairs. A viewing platform offers an overview of the entire area. On the Lynx trail You can expect a degree of difficulty of 3/4 with an estimated duration of three hours, spread over four and a half kilometers. On the way there are always stations where you can discover a lot of interesting information about the lynx and its habitat. Children in particular get their money's worth here. Last but not least, the Wilderness path with a difficulty of 2/4, a duration of one and a half hours and six kilometers in length. Here the path leads over tree trunks or under them. 250 meters difference in altitude have to be overcome.

Group offers can be booked in the Black Forest National Park especially for school classes and day trips from kindergartens. There are many different concepts and subject and age ranges to choose from. In schools and kindergartens, topics from the forest can be taken up again. Groups of adults up to a size of 60 people can also explore the national park together and are accompanied by a ranger who is on hand with help and advice.

There are many hotels, guest houses and holiday apartments in the region that are available to visitors. Camping in the middle of the national park is a special experience. In six trekking camps, which can be booked from May to October, staying overnight in the middle of the park is officially allowed. The camps are rather minimalist and only have one to three Tent pitches, a fireplace and a small toilet block. But if you want to experience nature up close and are looking for adventure, you should get your money's worth here.

More on the topic:
Mötzinger Strasse

Geigerskopfturm
The Geigerskopfturm is located on Mötzinger Straße. It is 20m high and offers a wonderful all-round view. Already in 2000 it was
Burg Hohenzollern

Burg Hohenzollern
Hohenzollern Castle is the ancestral seat of the Prussian-Brandenburg as well as the Princely Catholic line of the House of Hohenzollern. It is one of the most beautiful and most visited castles in Europe.

Notschrei ski lifts
Two drag lifts bring you quickly and safely to the wonderful family ski slopes. The ski area is ideal for the whole family - easy to medium runs

Schonach ski area
The special charm of the ski area around Schonach Ferienland is made up of the 11 completely different, smaller ski lifts on a narrow corridor of only 15 kilometers.