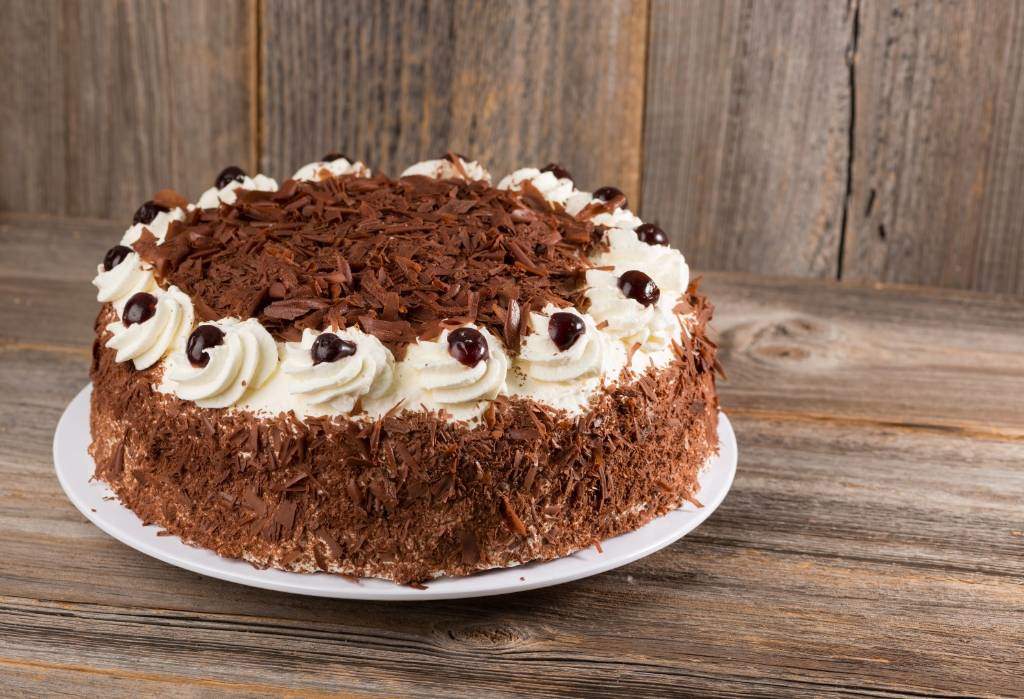 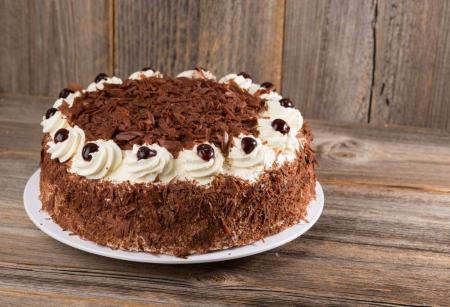 The popular piece of the Black Forest

The Black Forest cake has been known since 1930. It is now one of the most popular cakes in Germany. In the meantime, it has also made a name for itself around the world. The mix of kirsch, Chocolate sponge cake bases, a cherry filling, cream, cherries and a nice decoration with chocolate flakes are decisive for the good taste of the cream cake.

There are several assumptions about the origin of the name of the popular cake:

To date, however, none of the theories have been committed to.

The Black Forest cake began with a dessert in the 19th century. For this purpose, cooked cherries were served with cream. The kirsch was not always present and was therefore not always used.

It all started with the Swabian Josef Keller, who was born in Riedlingen in 1887. The confectioner created a recipe for the cake in 1915 and presented it in his Café Agner. At the time, it was in Bad Godesberg, a current district of Bonn. Unlike today, the sweet piece only had one layer, which consisted of shortcrust pastry. The recipe was completed with cherries, cream, chocolate and kirsch.

However, the pastry chef at Café Walz Erwin Hildebrand was appointed as the inventor by Udo Rauch, the Tübingen city archivist, in 1930. At that time, Tübingen was also part of what was then the Black Forest district. The recipe first existed in writing in 1934. It consisted of a hazelnut shortcrust pastry base on which cherry jam was spread. A base was placed on the base, which was sprinkled with kirsch and sugar and consisted of a walnut mixture. Then came two rings of buttercream and finally the cherry cream. Another layer of walnut mass followed to cover the area. The Black Forest cake was decorated with cream, chocolate shavings and some powdered sugar.

Due to the lack of refrigerators, it was difficult to store and distribute the cream cakes in the 1930s. For this reason, the cake was initially mainly available in German pastry shops, especially in Berlin.

Although the Black Forest cake only landed 1949th among the most famous cakes in Germany in 13, it became increasingly popular. Today it is not only one of the most popular, but also one of the best-known cakes in Germany and the world. In some countries only the alcohol is omitted or individual ingredients are replaced. In Todtnauberg there has been a tradition of a cake festival since 2006, which is repeated every two years. At this festival, amateurs and professionals compete in competition classes with their own Black Forest cakes.

The variety of sweet temptations

Today you can find the combination of cherries and chocolate in the most varied of forms. The term is used for products such as cream rolls, yoghurt or ice cream. It should be noted, however, that not all components of the usual cream cake are used.

Who is liable for damage to the accommodation?
If you are planning an active holiday in the Black Forest, the ElzLand Hotel 9 Linden is the right address. The hotel in Elzach combines traditional handicraft and
Bonndorf

Schlossnarrenstube Bonndorf
In the 14 rooms of the almost 400-year-old Bonndorf Castle, every real fool's dream comes true: there is always carnival here.

Country Pleasure 2022 released
More than 1.300 farms throughout Germany will also be welcoming motorhome travelers in the 2022 season. Campers can use the farm directory and the enclosed vignette
Badenweiler

Roman bath ruins Badenweiler
In Badenweiler, under a modern glass roof, are the largest ancient bath ruins north of the Alps. It was part of the everyday life of a Roman occupation soldier