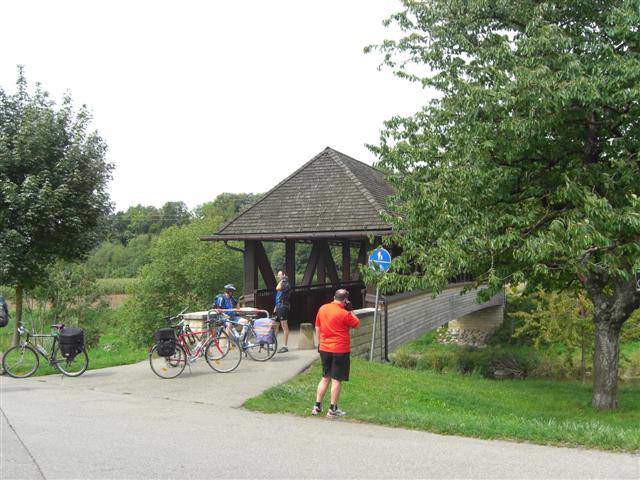 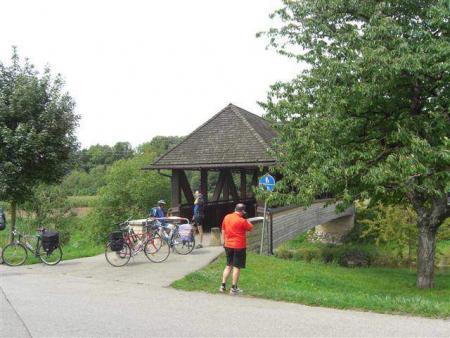 On Saturday morning we went on a bike tour around the southern Black Forest. According to the advertisement, “Almost no increase in altitude”, is that even possible?

We started our tour not like the original tour in Hinterzarten, but on the Feldberg and then met in Lenzkirch on the southern Black Forest cycle path. Since the 230km should be behind us on Sunday evening, an average speed of 25km / h was planned. To not go through Basel To have to drive, we decided on the variant over Lörrach and we had chosen Rümmingen in the Markgräflerland as a stage. Despite good signage, we preferred to rely on our GPS device which showed us the way in good time.

The entire bike tour runs mostly on asphalt roads with little or no traffic. These were of course ideal conditions to reach our goal of 25km / h. The tour to Rheinfelden was very varied and really almost without vertical meters. The piece of Bonndorf After Stühlingen the road even leads downhill rapidly and then ran on a beautiful bike path parallel to the Wutach with a slight gradient to the Rhine.

Beautiful towns like Laufenburg or Bad Säckingen were waiting for us on the Rhine. Instead of choosing the flat route via Basel, we decided on the more mountainous route via Lörrach and arrived in Schallbach towards evening. It was a very nice day's stage with scenic views, past the game reserve and Schwanenweier.

After a rich breakfast buffet in the pension "Alte Post" we cycled strengthened towards the last 80km. While we were on our way towards Kandern, the historic Kandertal Railway steamed towards us.

With this variant there are already slight climbs, which also make the tour varied.

After small, short climbs it went down to Bad bellingenwhere we reached the Rhine. There wasn't a single hill here, just long, flat sand and asphalt paths. From Neuchâtel we left the path on the Rhine again and drove through corn and tobacco fields. Shortly after noon we reached the university town Freiburg and later the goal in Kirchzarten.

The southern Black Forest cycle path is a very nice way to get to know the region. The statement “almost no altitude difference” is also true, there are really only a few small climbs and these are not too long. We reached our goal in two days, but my recommendation would be to plan at least three or four days for it.

Black Forest Museum Triberg
As a regional museum, the Black Forest Museum presents a unique collection on the culture and way of life of the people "on the forest". It shows the craftsmanship and inventiveness
Bike arena Murgtal-Enztal
Sparkling, clear streams, wildly romantic valleys embedded in mighty fir forests, overwhelming views, springs, streams, lakes - that is the idyllic Black Forest, that is the Murg and Enz valleys.
Expert

Black Forest Bobsleigh in Gutach
A very special pleasure awaits you here! Get on the Schwarzwaldbob, one of the most interesting toboggan runs in the Black Forest. A lift system brings you up
Bonndorf

Adler ham factory outlet
Would you like to get to know our unmistakable Black Forest delicacies from our in-house ham factory? In our online shop you can get Adler products to enjoy and give away completely