Home » Interesting facts » The economy in the Black Forest 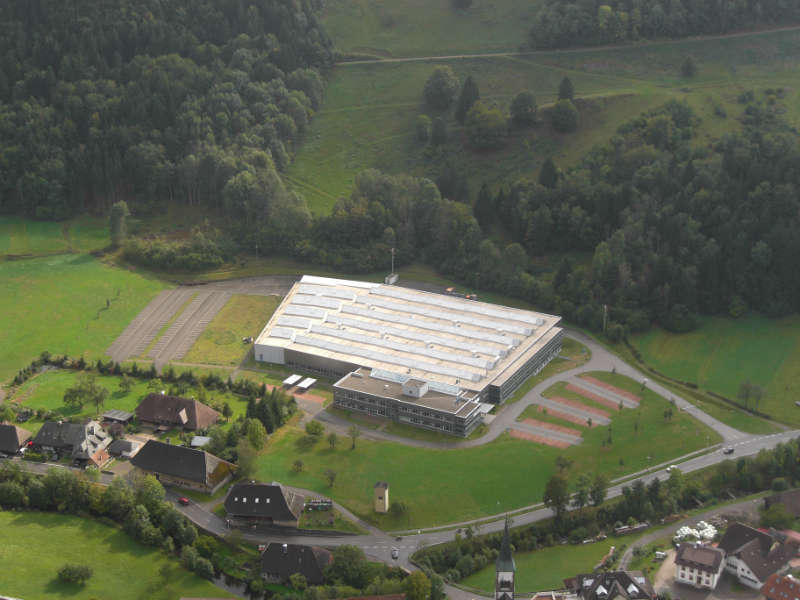 The economy in the Black Forest

Especially in the Central Black Forest and in the southern Black Forest (e.g. in the Munster Valley) there was evidence that intensive ore mining took place in Roman times (extraction of silver and lead ores). The Black Forest was practically uninhabited until the early High Middle Ages. In the course of the internal colonization in the later High Middle Ages, the plateau was also cultivated starting from the monasteries founded there (St. Peter, St. Märgen). In the later High Middle Ages (from around 1100) mining also experienced an upswing again, especially on Schauinsland, Feldberg and in the Münstertal. It is believed that around 800–1000 miners lived and worked in the Münstertal until the end of the Middle Ages. After the plague that struck the Münstertal in 1516, the German Peasants 'War (1524-26) and the Thirty Years' War, mining in the region declined except for a few mines.

The Kinzig valley and its side valleys were also an important mining area. The small mining settlement of Wittichen near Schenkenzell in the upper Kinzig valley had numerous pits in which a variety of barite, cobalt and silver was mined. A geological path still leads today as a circular route past old pits and spoil heaps. Show mines were set up in Oberwolfach and in Haslach-Schnellingen.

A renewed upswing began at the beginning of the 18th century after the loss of Alsace to France. It lasted until the 19th century. Many pits from this time can now be visited as a show mine, such as B. the pit Teufelsgrund (Münstertal), the hope tunnel Dead moss and the mine in the Schauinsland.

Over the Kinzig, Murg (Northern Black Forest) and the Rhine, wood from the Black Forest was exported for several centuries by rafting for use in shipbuilding, as construction timber and other things. The last boom in this branch of trade, which has been practiced since the early Middle Ages, took place in the last two centuries of the past millennium. Since the long and straight fir trees were mostly rafted to Holland for shipbuilding, they were also simply called "Dutch". To this day, reforestations with spruce monocultures bear witness to the destruction of the natural mixed forest. Due to the expansion of the rail and road network, rafting largely ended in the 19th century.

In the meantime, the importance of the wood stocks in the Black Forest has increased again due to the increasing sale of pellet heating.

The Black Forests were also well versed in the manufacture of glass. Some glassblowing factories still testify to this today. B. in Hell ValleyWherein Todtnau and in Wolfach can be visited.

In the inaccessible Black Forest valleys, industrialization started late. Many farmers provided in winter Cuckoo made of wood. From this, the precision engineering and watchmaking industries developed in the 19th century, which flourished with the development of many Black Forest valleys by the railroad. The initial disadvantage of the location, which led to the development of fine mechanical woodworking, became a competitive advantage with access to the raw material metal. As part of structural funding, the Baden state government also founded in Furtwangen the first German watchmaking school to guarantee the small craftsmen a good education and thus increase the sales opportunities. Due to the increasing demand for mechanical devices, large companies such as Junghans and Kienzle emerged. In the 20th century the production of entertainment electronics developed by companies such as SABA, Dual (record player) and Becker. In the 1970s the industry declined due to competition from the Far East. To this day, the Black Forest is a center of the metalworking industry and the location of many high-tech companies.

From the beginning of industrialization to the present day, Pforzheim has hosted numerous jewelry manufacturing companies that process precious metals and stones. The goldsmith school located there is also based in Pforzheim.

More on the topic:
Schluchsee

Aqua Fun Schluchsee
Treat yourself to bathing pleasure in AQUA FUN on the largest Black Forest lake! The heated outdoor pool in Schluchsee is the bathing attraction in the Upper Black Forest. Right on the biggest
Schiltach

Hansgrohe AG visitor center
Exhibits from 700 years of bathroom history. Faithfully reproduced historical bathrooms and current EXPO about the world of the bathroom from the innovation leader in the sanitary industry Hansgrohe in

Mineral springs, history and casino? What Baden-Baden has to offer
The famous spa town of Baden-Baden is located in the heart of the Black Forest and is rich in culture and history. It also offers healing thermal baths and a comprehensive range
Todtnau

Magic trail Todtnau
The magic trail on the Hasenhorn was created especially for the young and young at heart. This is a great way for children to have fun hiking. Certainly