Home » Interesting facts » The Höllental - gateway to the Black Forest 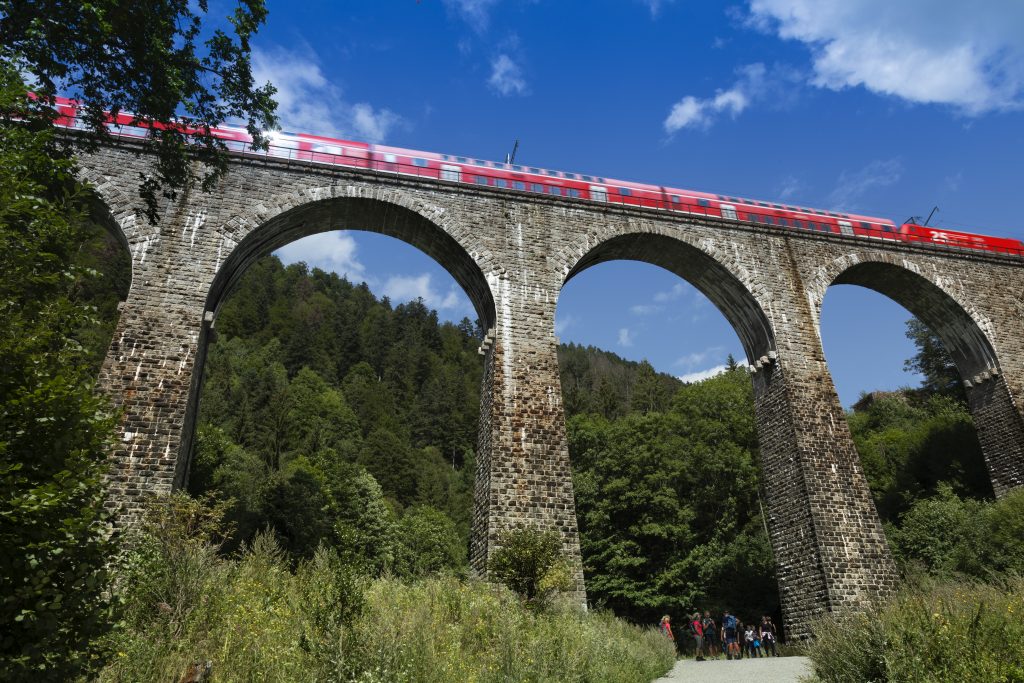 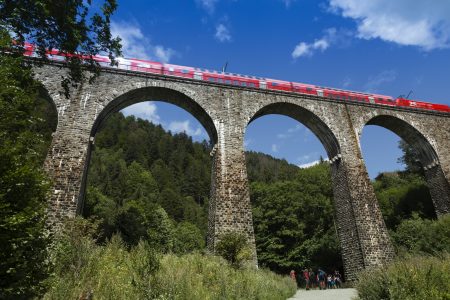 The Höllental - gateway to the Black Forest

Geography and course of the Hell Valley

The huge, in parts also gorge-shaped, approx. 9 km long Höllental is one of the most beautiful and impressive valleys in the Black Forest.

The deeply carved valley, surrounded by steep cliffs that rise up to 600 meters, is located southeast of Freiburg im Southern Black Forest Nature Park. The approximately 20 km long Rotbach, a main source river of the Dreisam, meanders through the valley.

The federal road 31 leads deep down in the valley basin. These too Route Verte or Green Road called route, begins in the French Vosges, leads through the southern Black Forest over the Hegau to Lake Constance. A railway line of the German Federal Railroad, the Höllentalbahn, which connects Freiburg with Donaueschingen and vice versa, also runs largely parallel to the B 31.

Before the 12th century, only a narrow mule path ran along the Höllental, which was later converted into a road.

In the Middle Ages, this route was known as the Falkensteige, the shortest connection from Donaueschingen through the Black Forest to Freiburg. This route was used by numerous travelers, traders, farmers and knights. Probably the most famous of these was 14-year-old Maria Antonia, Archduchess of Austria. On the way from Vienna to Versailles in 1770 she crossed the narrow valley with a train of 57 carriages and more than 230 accompanying persons to get to her bridegroom, who later became King Louis XVI.

A wonderful hiking trail, the so-called Jägerpfad, runs through the bottom of the gorge. In the area of ​​the Hirschsprung the path leads through a tunnel. Since this passage was walled up, the hunters path can unfortunately no longer be used today. The responsible district office had the road closed in 2009 due to the risk of falling rocks and collapse and has not yet reopened it. However, a detour was created over the rock massif, with a length of 2,6 km, where you have to overcome 400 meters in altitude. The extremely steep path, slippery when it rains, is therefore only suitable for experienced hikers with the appropriate level of fitness.

The Höllental hike around the Hirschsprung is more suitable for older people and families with children. With a length of 12 km and approx. 739 meters of altitude, this hike can be mastered in about 3-4 hours.

For those who like it shorter, we recommend a hike through the wild Ravenna gorge near Hinterzarten. With a length of 7 km and a walking time of approx. 1-2 hours, it is also suitable for inexperienced hikers.

We have a nice selection of hikes around the Höllental ich-geh-wandern.de discovered.

Tired hikers can regain their strength in Hofgut Sternen at the lower entrance to the gorge.

In the 12th century, the Lords of Falkenstein, from the Zähringer family, controlled the traffic route through the valley from their castle of the same name.

The former customs castle Falkenstein was built on a steep rock ledge above the confluence of the Engenbach in the Höllenbach. Today's Höllental, which was still called Falkensteiner Tal at the time, begins directly below the castle.

Only a few remains of the castle remain today. In addition to a shield wall and a neck ditch, some remains of the wall have been preserved, which are closed for security reasons and therefore cannot be visited. Entering the castle area is prohibited due to the existing danger to life.

On another rock ledge on the north side of the Höllental, about 500 meters west of Falkenstein Castle, you will find Rubenstein Castle, built in the 12th to 13th centuries. Remnants of the wall and the neck ditch (approx. 5 m deep and approx. 8 m wide) have been preserved.

Image courtesy of Photo by mila-del-monte on Pixabay
More on the topic:
Baden-Baden

Badenweiler
Badenweiler with its 4.000 inhabitants is located in the Baden-Württemberg district of Breisgau-Hochschwarzwald, around 30 km south of Freiburg in the Markgräflerland. The place is referred to as

Holidays in the middle of the Black Forest, Landgasthof zum Schwanen