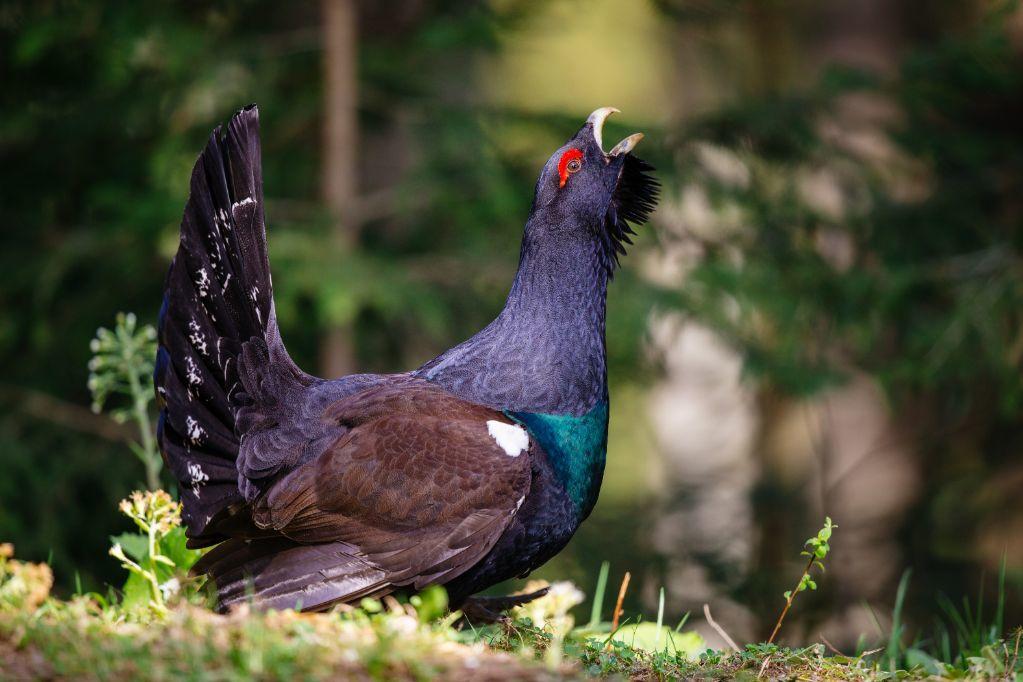 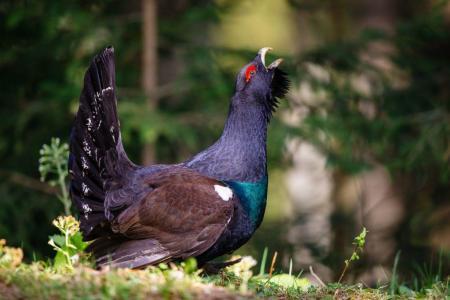 Threatened with extinction: capercaillie in the Black Forest

As merely "secret" and unofficial heraldic animals, the currently only around 200 capercaillie and capercaillie in the Black Forest are not quite as well known as the Berlin bear, Munich lion or the Lower Saxon horse. The animals, which are characteristically dark brown to gray in color and shiny metallic green, are depicted in a stylized manner on the coat of arms of the Northern Black Forest district Freudenstadt, the municipality of Seefeld and the municipality of Simmersfeld in the district of Calw. Nonetheless, Europe's largest chicken birds, which are considered very shy, live only in untouched mountain forest regions and are seriously threatened with extinction, have long been part of the classic Black Forest myth of largely idyllic and intact nature.

Deviating from this benevolent, if not true to the facts, transfiguration, the fact that, despite intensive efforts to protect the population, has been declining for years, is still fundamentally endangered, especially by the region's most important economic branch, tourism.

Committed conservationists such as those of the organization "Capercaillie action plan“Therefore point out that the old forest areas necessary for the preservation of the species with sufficient dead wood as habitats must be protected from tourism-related impairments and disturbances. This means that extensive tourist use of the Black Forest is possible all year round, e.g. by paragliders, skiers and hikers.

The resting areas, which are absolutely necessary for capercaillies, must not be further impaired by regional re-designations and new developments as well as major seasonal events.

If the cold is already bothering the animals, humans shouldn't also be a nuisance

According to the latest scientific findings, the capercaillie is particularly vulnerable and sensitive in winter, when the food supply is scarce and the animals are mostly in remote and difficult-to-access hiding places in order to save as much energy as possible. Researchers therefore urge that the previously existing winter sports areas in the Black Forest should not be spatially expanded and that awareness and understanding should be raised among skiers on the basis of appropriately designed awareness-raising and educational campaigns. Certainly many active vacationers find particularly little-used and scenic ski routes particularly tempting, but often it is precisely these that lead through the habitats that are rarely left to the wood grouse in the cold season.

Blueberries are tasty, but far more important to wood grouse than to us

Appropriate attention and consideration for the biological and natural demands and needs of the endangered capercaillie in the Black Forest should of course also be a matter of course for guests and visitors to the area during the rest of the year.

The high moor and heather areas in the Black Forest, which are also severely impaired by human use in many places and are therefore endangered, play a decisive role here, the blueberry fields of which are one of the most important food sources for birds in spring and summer.

Capercaillies eat leaves and buds as well as fruits of the plant, which is rich in vitamin C, phosphorus and potassium and which also ensures the survival of some rare species of moths, butterflies and foxes.

Such open spaces, which have now become rather rare in the Black Forest, are also of particular importance for the mating season of the capercaillie between March and the beginning of June. Since the roosters, after their typical courtship dance and singing on promising and strategically located trees, always compete for the female (s) on a stock gap on the ground and the chickens are extremely susceptible to failure, hikers and mountain bikers, for example, can quickly complete this fragile ritual put an end to it.

For reasons of physical integrity, a sufficiently large distance from the courting animals is recommended. The testosterone level of the cocks, which rises to a hundred times the normal values, can make them extremely aggressive and even attack people, which, however, only happens very rarely.

Fortunately, as part of the “Capercaillie Action Plan” mentioned above, several successful measures to improve and protect the habitat of the capercaillie in the Black Forest have been implemented in recent years. The ambitious efforts in the form of the expansion of open spaces and the promotion of pine forests in the higher elevations of the Rastatt district deserve praise. Around Kaltenbronn (Gernsbach-Reichental), Forbach (Baden) and Loffenau as well as Bermersbach, Bühlertal, Bühl, Ottersweier and in the Weisenbacher Forest, over 500 hectares of area have been designed for wood grouse in a species-appropriate manner.

The same applies to the area around the 1.038 meter high Hochkopf mountain in the Bühlertal nature reserve not far from the Black Forest High Road. The popular ski areas on Hundseck and Unterstmatt are also in the immediate vicinity.

Interested visitors can find detailed information and a lot of interesting facts about capercaillie and other animal and plant species in the Black Forest Ruhestein nature conservation center near Seebach and Baiersbronn. In the neighboring ski area of ​​the same name there are currently two lifts and one kilometer of slopes. Also located in the northern Black Forest and in the vicinity of the aforementioned protected areas are the ski areas: 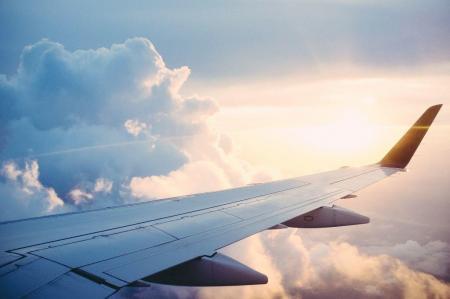 Winter vacation in the south - tropical islands as a contrast to the cold Black Forest weather
While winter in the Black Forest with frost and snow ensures winter sports weather, the sun shines in the southern hemisphere. On the one in western Indian 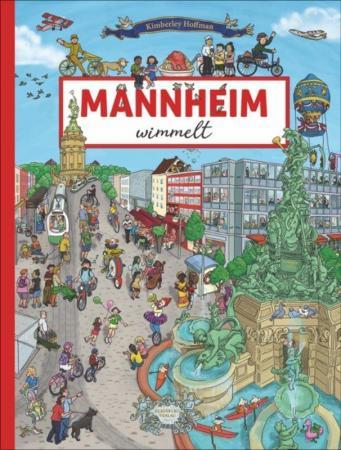 New Wimmelbuch: Mannheim
When the Konrmäuse go on tour in the city of squares, it is swarming tremendously, and in all places where you have been in Mannheim
Triberg 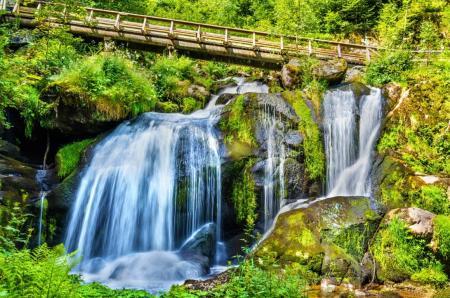 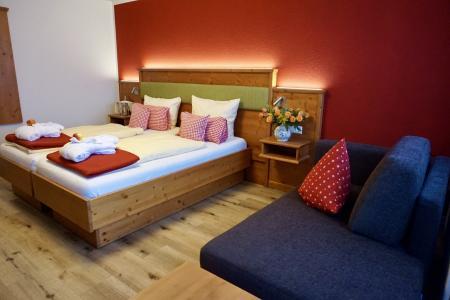