Home » How it works » Morning prank in Basel 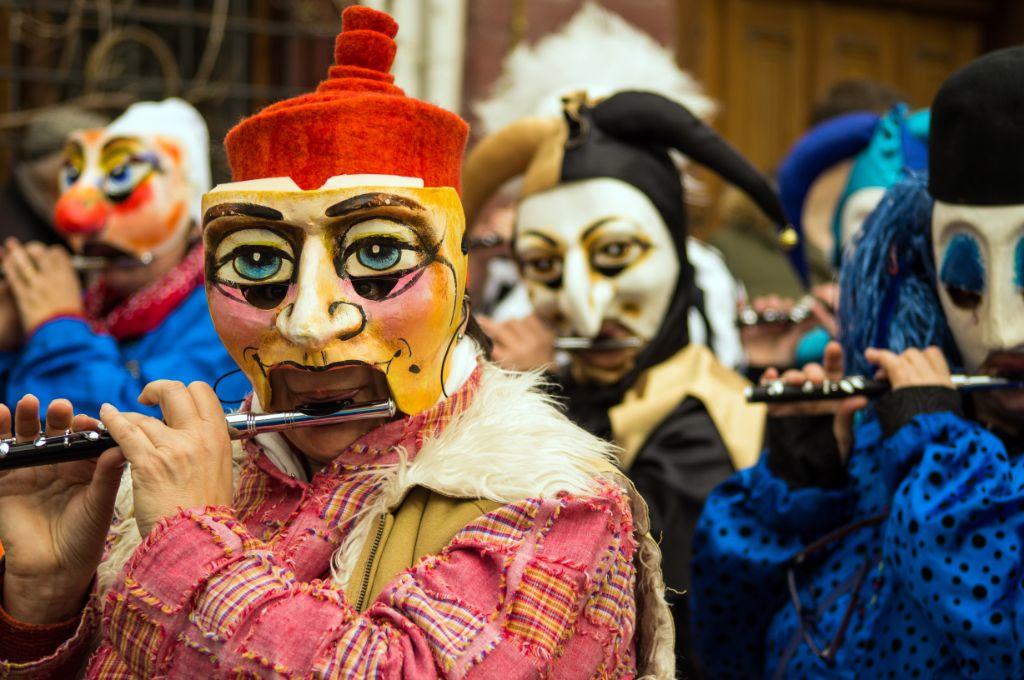 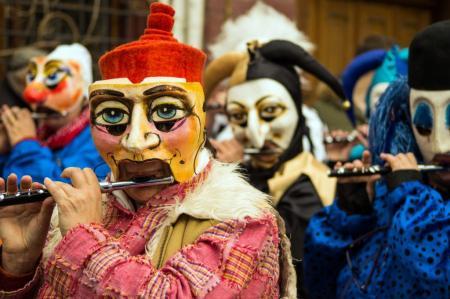 A special kind of experience

Anyone who has booked a holiday in the Black Forest during carnival time should definitely not miss the Morgenstreich in Basel. This is really a special kind of experience and it will be remembered forever. But when you think back on it, goose bumps are the order of the day, as it is really unbelievable and the atmosphere is unique.

What exactly is the morning prank?

The morning prank in Basel heralds the Basel carnival. The start is always on the Monday after Ash Wednesday and then there is a state of emergency in this beautiful city for 72 hours. The Basler Morgenstreich begins at 4.00:XNUMX a.m. and you should attend this spectacle once in your life.

The inner city is completely darkened at this point. The municipal utilities in Basel extinguish the street lighting and the shopkeepers also have to switch off the lights in the shop. Anyone who does not do this must expect severe penalties. The only light at this time is only allowed to come from the lanterns of the carnival cliques. As a result, a rapid reaction force has even been formed, which is now covering the shops with large blankets if the lights in the shop are not out.

The carnival cliques stand up and at the command of the drum major: “Morning prank - forward, march!” The cliques set themselves in motion. In front of each clique there is a bearer of a large train lamp or it is driven on a wagon. In addition, every active person has a small head lantern that is modeled on the train lantern and also shows that they belong to the clique. Each carnival clique wears its own costume.

As soon as the command sounds, the train sets off and the only light in the city is from the train and head lamps. In addition, every active person has a drum or piccolo flute and the largest whistle concert in the world sounds. Nobody can imagine this atmosphere when it is pitch dark, only small lamps can be seen and the drums and piccolo flutes are sounding. This is pure goose bumps that you have to experience.

If you visit the Morgenstreich in Basel, you should avoid taking photos with a flash. This disturbs the atmosphere and is not wanted!

72 hours of emergency must be planned

Who his Vacation in the Black Forest and would like to travel to the Basel Morgenstreich, of course, you have to plan this 72 hour state of emergency in Basel. It is definitely recommended to travel to Basel by train, as parking spaces are rare and several thousand people come to this spectacle.

You can usually get to Basel quickly and the connection is good. Thanks to tablets and smartphones, there is almost no need for a camera. In addition, these small devices have the advantage that you can spend your time on the train playing games like Blackjack or candy crush. Once you have arrived in Basel, the smartphone is a minor matter and is only taken out of your pocket for photos or videos.

From the morning prank to the Basel carnival parade

For most of the participants, the morning prank in Basel lasts until daybreak. Since all bars and pubs are open at this time and will not close for the next 72 hours, you can fortify yourself here with the typical Carnival dishes, cheese flan, onion flan or flour soup. Because from 13 p.m., the Cortège continues, the big parade that shouldn't be missed either.

But don't worry, the streets are full of people and here, even after the morning prank, the mood is hip. Different groups with Guggemusikern ensure life and shorten the time to move.

The first big Cortège, i.e. the move, will take place on March 11, 2019 from 13 p.m. This year there are more than 30 carnival people who promise a very special experience. Guggemusiker, foot groups or elaborately designed carriages put the city in a state of emergency.

The nice thing about it is that confetti can still be thrown here and whoever is not careful is put in a confetti tub. Because some groups have made it their business to put the audience in a specially made confetti tub. There, masses of confetti are stuffed into practically every neckline, every open trouser leg and every jacket pocket. Defense is pointless! You have to join in the fun and you should really have your friends on it!

The parade itself takes a few hours and most of the spectators can't get enough of the beautifully dressed carnival people. The Waggis in particular, probably a translation of Vagabund, are fascinating with their huge heads and costumes.

Dates of the Basel Carnival 2019

In Basel there are two large parades during the 72 hours of the Fasnet. The first parade is on the day of the morning prank, in which more than 12.000 carnival people take part this year. The second parade, a children's parade, takes place on the second day of the carnival. Hundreds of “Binggis”, as the little ones from Basel are called, roam the city in groups. The exact dates can be found on the Basel website.

In addition, from March 11 to 13.03.19, XNUMX, there is a lantern exhibition on Münsterplatz, in which the train and head lanterns can be viewed from a distance as well as up close. You should definitely not forget to read the Ladärne-Värsli, which are always very interesting but difficult to read. The Ladärne Värsli are distributed on the train and you can read them at home and try to understand them.

Exactly 72 after the morning prank, the final prank follows. This then heralds the end of the Basler Fasnet and with a little sadness the joy of the next carnival begins.

The morning prank and the 72 hour state of emergency in Basel are always worth a trip and everyone should really have done this once in their life. There are now many visitors from abroad who travel to Basel every year to be able to attend this spectacle, because it is something very special and it does not happen again in the world.

More on the topic:
Haslach

Black Forest in spring: experience nature wrapped up warm
After a mild winter 2019/20 in the Black Forest and all of Germany, many nature lovers are growing again in the desire to walk and travel. The winter jacket quickly moves in

Höfner Hut near Buchenbach
Food made from local products, friendliness and a wonderful view of the Dreisamtal - that is the Höfner Hütte. The guest room offers space for 50 people