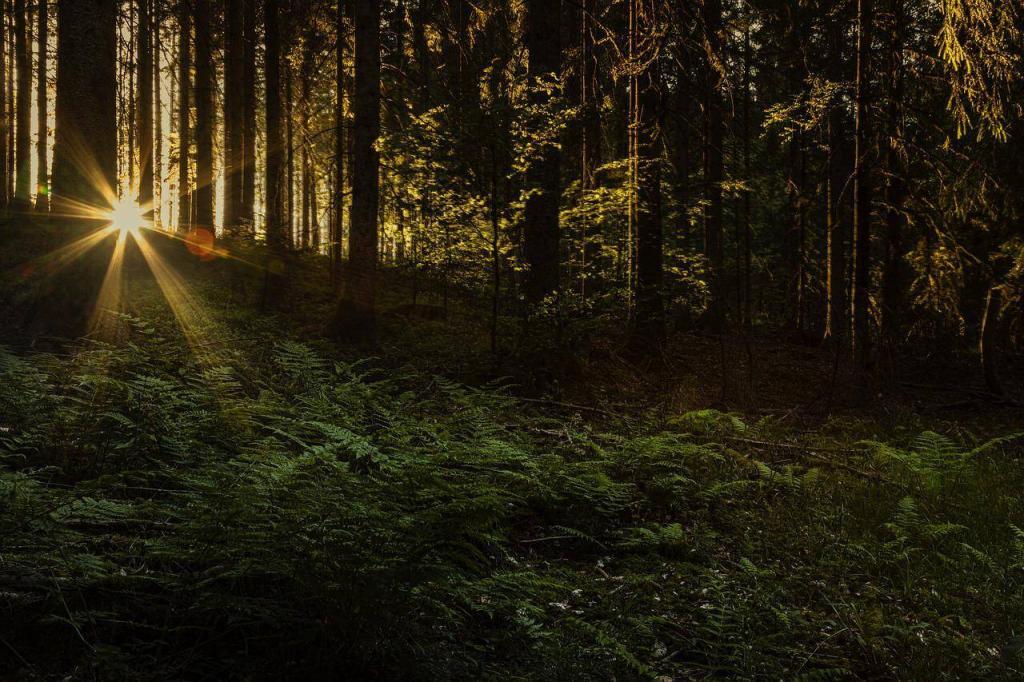 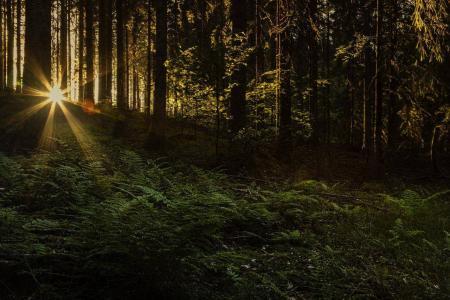 Ortenau: By bike through the legendary Black Forest

The Black Forest is the perfect place for nature-loving people to unwind. The green nature can be enjoyed on hikes and bike tours, while the fresh air has a healing effect on the body. With its dense forests and scenic landscapes, the Black Forest has historically been considered a mystical place, full of mysteries. For this reason, many legends have been created over the centuries to explain various events. Today you can still experience the variety of legends of the Black Forest - among other things on around 30 cycle paths in the region Ortenauwho walk the paths of these stories.

On the western edge of the Black Forest stretches the picturesque region of Ortenau, which is known, among other things, as a wine-growing region. In past centuries, numerous myths and legends were told here that have shaped the region. Even today you can walk in the footsteps of mythical stories. The "Legends & Myths of Ortenau" cycle path network is particularly suitable for this, where visitors can read about the fables on numerous informative signs. Since the 30 tours are divided into different themes, cyclists can decide whether to choose their route based on difficulty, length or mythological themes.

The longest circular route is 131 kilometers and is called the "Roman Tour". He starts at Gengenbach and leads cyclists to Offenbach, Strasburg and some other cities. The path follows the footsteps of the Romans and leads to historical places, old ruins and places steeped in legend. The "Dwarf Tour" is a lot shorter at around 45 kilometers. The tour not only leads to countless small farm shops where regional delicacies can be bought, but also to a cave where dwarves are said to have once lived. Water lovers are also interested in the "Rheinnixen Tour", which guarantees a great view of the Rhine. According to a myth, mermaids live in it, who look like dragonflies during the day, but grow to human size in the misty twilight to wreak havoc in the reeds. These and many other tours can be done on the tourism portal of the Black Forest can be found.

Legends and myths of today

In past centuries legends and myths were told for different reasons. On the one hand it was intended to explain and uncover mysterious phenomena, on the other hand it was intended to instill obedience and a healthy dose of fear in the villagers. The thought of dangerous creatures in the woods discouraged many people from going into the thickets at night and encountering wild animals. At the same time, other stories ensured that the citizens did not oppose their rulers. Today only a few people in the West believe in the myths of the past centuries. Rather, they stimulate the imagination and are seen as a form of entertainment.

In the course of this, myths have become a welcome template for films, series, books and games. So you can find mythical creatures in blockbusters like the film Fantastic Beasts: Dumbledore's Secrets. From phoenixes to dragons and other mythical creatures invented by author JK Rowling, everything can be experienced in the XNUMX+ hour fantasy extravaganza. Games like Immortals Fenyx Rising also use stories from Greek mythology to create engaging gaming experiences. In the game, players slip into the role of a hero who receives magical powers from Zeus to hunt down the dreaded titan Typhoon. In online casinos, mythological creatures are also found in many Spielautomaten, which are often equipped with exciting stories and designs to cover all possible interests of users. The best example of a mythological setting is the slot Dragon's Fire, in which an imposing dragon watches over the reels. Among the symbols you will find differently colored dragon eggs and noble dragon statues that wrap themselves around valuable treasures.

Legends and myths are a source of exciting stories and tales. In films, games and the like, they are therefore repeatedly rolled up and told from a fresh perspective. But you can also experience the exciting fables in nature, for example in Ortenau, where there is a network of 30 legendary cycle paths.

Image courtesy of Photo by Antranias on Pixabay
More on the topic:
Baiersbronn

Waterfall climb in Todtnau
The waterfall trail refreshes hikers and offers children lots of interesting things to play and splash about! Since 2010, the certified and excellent path has linked many attractions in the

Finstergrund Wieden visitor mine
The visitor mine Finstergrund is located between Wieden and Utzenfeld. It can be reached via Landstrasse 126. Parking spaces, also for buses, are available. At the mine building