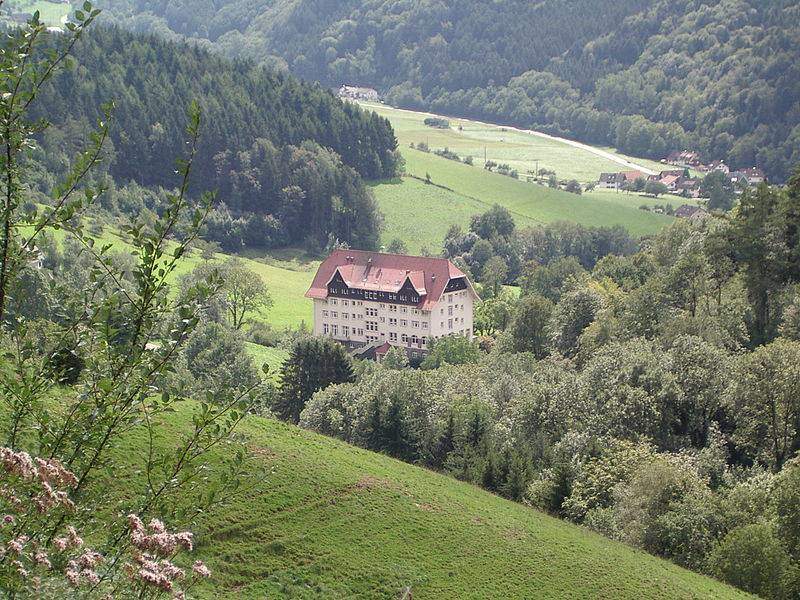 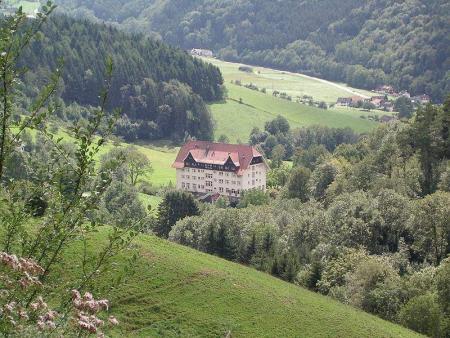 "The Black Forest Clinic" was a television series that was broadcast on ZDF. She is considered a pioneer for numerous doctor series. It became a series with the greatest success on German television.

Filming locations of the doctor series

The first shoots at the Black Forest Clinic began in 1984 in various locations. It was shot in Glottertal, Schiltach and Grafenhausen.

The exterior photos of the clinic were taken in Glottertal. Today the building in Glottertal houses the Thure von Uexküll Clinic. Psychosomatically ill patients are now treated. All interior shots of the Black Forest Clinic were produced in a studio in Hamburg. Back then, only the photographs of the landscape came from the Black Forest.

Prof. Brinkmann's family lived in Husli at Grafenhausen. The Hüsli has always been a local museum near the Rothaus brewery. The Black Forest Clinic was filmed and filmed at 31 locations. Schiltach in the Kinzig valley on the market square and the old town was used as a fictitious place where the clinic is located.

Between 1985 and 1989, 70 episodes were shown. “The Black Forest Clinic” was not only welcomed in the German-speaking area. Also in 38 other countries such as France, England, Spain, former Yugoslavia, Italy, Scandinavia, Poland, Hungary and South Africa, the television series was viewed by millions of viewers.

To mark the 20th anniversary of the Black Forest Clinic, another special was filmed in 2004. The film was then viewed by over 14 million viewers on February 20, 2005.

The main actor of the Black Forest Clinic was the chief physician Professor Klaus Brinkman (Klaus Juergen Wussow). He is not only the chief physician but always has an open ear for his patients. This role was first offered to Armin Mueller - Stahl, but he turned it down.

The professor's wife Christa Brinkman was played by Gaby Dohm. At first she was a nurse, but later she also works as a surgeon at the clinic. Dealing with the death of the patient causes her problems again and again, she then moves to the Biological-Medical Institute in Konstanz.

The role of son Udo Brinkmann has Sasha Hehn accepted. He is the biological son of Professor Brinkmann and, like his father, is a surgeon at the Black Forest Clinic. In the early years of the series he can be seen as a womanizer. Later he has different relationships and marriages which unfortunately often break up or his partner dies.

Further roles were filled as follows:

Traumschiff - the inventor and producer of the Black Forest Clinic was Wolfgang Rademann. Several years earlier he had tried again and again to convince ZDF of a doctor series - unfortunately always without success. Herbert Lichtenfeld is considered to be the spiritual father of the Black Forest Clinic. Polyphon Film- und Fernseh GmbH received the order to produce the series from ZDF and ORF.

The film music known to everyone was composed by Hans Hammerschmidt. The title music was actually supposed to be produced by Martin Böttcher, who has already set numerous Karl May films to music. Since the ZDF could not agree on the financial matters with Böttcher, the order was handed over to Hammerschmidt. The soundtrack by Böttcher, which was actually intended for the Black Forest Clinic, was later used for the series “Forsthaus Falkenau”.

Image courtesy of Stefan Asal - Datacreate Asal
More on the topic:
Route Kreuzelberg short
Start: Ettlingen Kilometers: 15 meters in altitude: 200 Start / finish: Parking lot at the Ettlingen outdoor pool. From there “bei der Hell”, past the Horbachquell biotope on the Panoramaweg to

Winter service - you have to pay attention to that
Winter service is a broad generic term for removing snow and ice in order to maintain road safety and economic efficiency in the outdoor area. Clearing
Schramberg