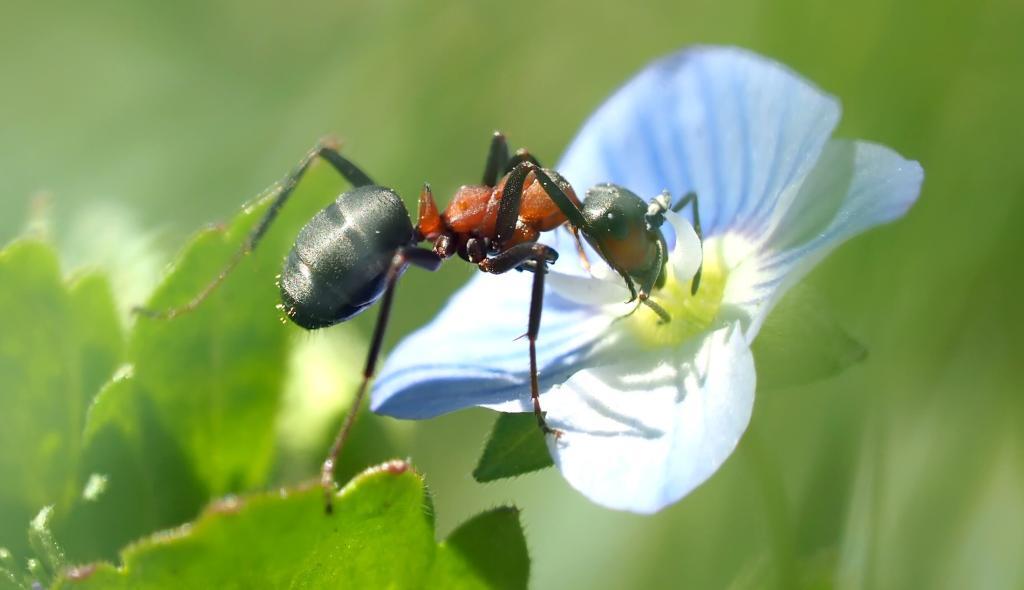 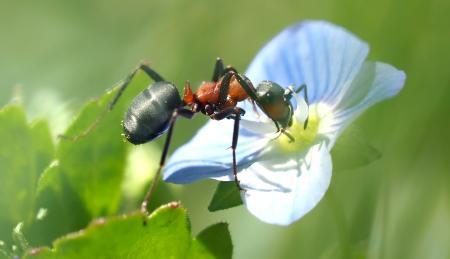 Wild animals in the Black Forest

The Black Forest is not only known for its excellent culinary specialties, such as the Black Forest cake, but also for its special flora and fauna. It is not for nothing that this part of Baden-Württemberg is known as a local recreation area and as a nature reserve. In addition to wonderful hiking trails and discovery tours of the fauna and flora of the Black Forest area, it is also home to a number of wild animal species, which will be examined more closely in the following article.

The Black Forest: what kind of wild animals live here?

The seven most common wild animals in the Black Forest are the wood ant, the wild boar, the chamois, the deer, the mallard, the deer, the squirrel and finally the wood grouse.

Wild animals under the magnifying glass

This species of pig can be recognized by its brown to black fur. The habitat with its pack is in the Black Forest forests. The animals often avoid open areas and high altitudes without cover, since they are vulnerable here. Therefore, the wild boars are often found in damp mixed forests. The wild boars have a special power, so the animals can break up the ground and get food sources. These food sources are not available to other wildlife.

The first animals of this species were released in the Black Forest almost 100 years ago. The chamois can be recognized by their fur, which is yellowish-brown, and their prominent horns, which appear somewhat reduced. The chamois is diurnal and moves over 600 meters on rocky terrain and high forest.

A popular habitat is the area around the Feldberg. As food, they prefer the young shoots of alpine shrubs, such as alpine roses, or trees, such as spruce. Herbs and grasses, and in winter moss and lichen are also on their menu. Other wild animals such as lynx or bears are their natural enemies. The golden eagle can also pose a danger to the young animals.

The mallard is the most famous duck native to this area. The male can be recognized by his shiny green head and yellow beak. The female has a uniform light brown plumage. It can be found in ponds or small lakes in the Upper Black Forest.

The term Mallard, which is used today, only became established as the common German term in the 20th century. In older times it was also known as March duck designated. This no longer common name March duck refers to the breeding season of the duck species. The current name can be taken as a reference to the breeding grounds, which include willows set on sticks. This behavior is so special for ducks that the common name has developed from it.

The lynx is a larger mammal, measuring 50-60 cm at the shoulder and 80-120 cm in length. Like tigers, the lynx also belongs to the family of feline predators. In the summer months, the lynx's fur is yellowish to slightly reddish with dark spots. In the winter months the fur is more greyish, the spots are less visible. Its appearance is characterized by ear tufts that are about 5 centimeters long, whiskers and a short tail with a black tip.

In addition to the animal species mentioned, the Black Forest forest is also home to the largest population (besides that in the Alps) of grouse. These animals are among the largest native birds. The appearance of the males is an iridescent plumage that is very striking.

Attention! The capercaillie is on the red list of endangered animal species in Germany, they fall under the category "threatened with extinction". forests by tourists.

The deer is mainly found in open forests and is one of the smallest species within the deer family. When looking for food, however, the shy deer also makes itself felt in fields and meadows.

The male animal, the roebuck has antlers, but not comparable in size to a deer's antlers.

Attention! When young animals are touched by people, they absorb this smell and there is a risk that the young animal will then be rejected by the mother. That means please don't touch!

Wood ants are among the most hard-working wild animals in the Black Forest. They live in clusters of needles that can reach a height of up to three meters. The ants make their own nests from tree needles, small branches and moss. As the name suggests, the habitat of the ant is the forest, or more precisely its edge. The ant nests are not only towering high, they can also reach deep into the ground (up to two meters) - it is not for nothing that the animals are also referred to as cave builders.

The deer belongs to the larger animals of our descriptions. The male animals can be recognized from afar by their stately antlers. The animals are active at dusk or at night and the habitat is preferably forest, but also fields and meadows. The male deer sheds his antlers every spring.

The squirrels are among the busy rodents of the wild animals of the Black Forest. You can see them very often in the dark pine forests of the Upper Black Forest, mostly jumping from tree to tree. The animals are considered trusting and are easy to see by their typical reddish to dark brown coat color. The animals are not nocturnal, so you can often spot them during day hikes.

Lifts on the Stollenbach
4 lifts and 2,8 km of slopes offer plenty of opportunities for a great family day in the snow. This is only a 25-minute drive from Freiburg

Vacation in the Black Forest with children
These excursion destinations ensure fun and excitement. Those who want to vacation in their own country are spoiled for choice - after all, Germany has a lot

New book: Summit Rush & Snack Break
The outdated image of hiking is long gone. Florian Bechert from Freiburg inspires children, young people and adults to take up this hip hobby. In his new

Three lakes, Schluchsee, Titisee and Mummelsee
Schluchsee The Schluchsee is a reservoir in Baden-Württemberg in the Black Forest. It is also the largest lake in the region. The name is derived from hose