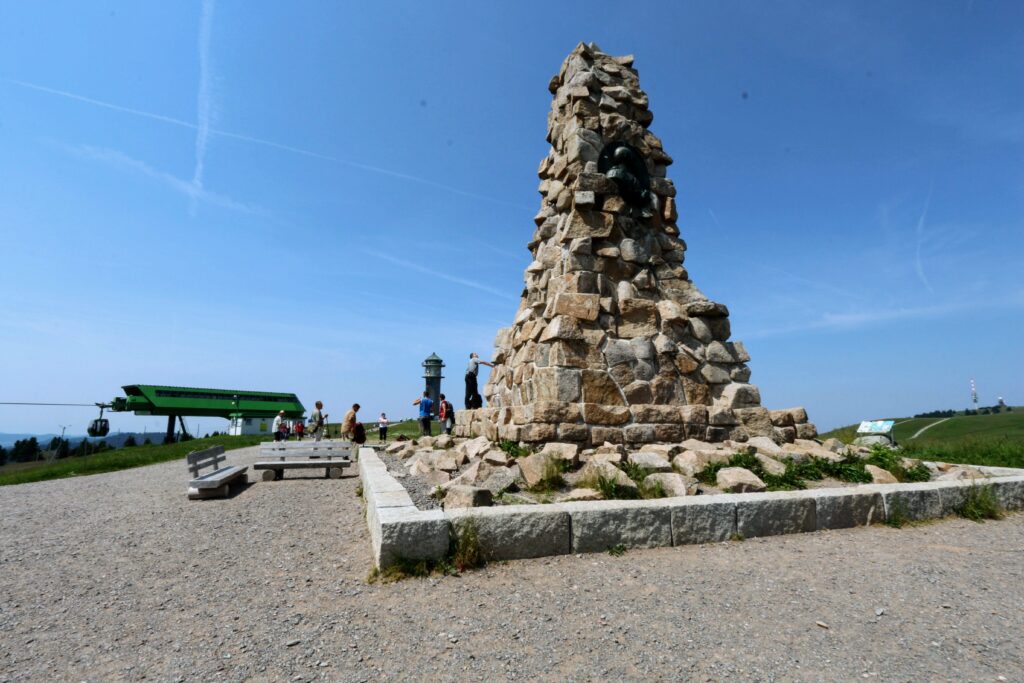 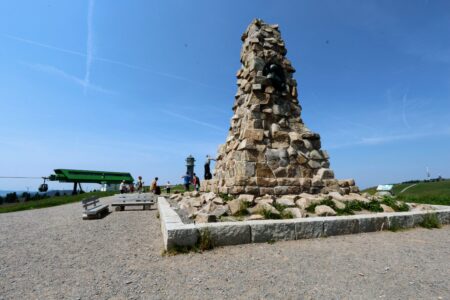 The Black Forest is an attraction for events and celebrations of all kinds. Anyone organizing company events, weddings, christenings or anniversaries in the picturesque region in southwest Germany can also use the local attractions. The 10 most beautiful Black Forest motifs already ensure enthusiasm on the invitation cards.

With its 1.493 meters, it counts Feldberg to the highest peaks in the Black Forest. There is a particularly beautiful photo spot at the Bismarck monument. Unfortunately, the monument from 1896 is no longer a postcard motif, but the surroundings can be photographed perfectly from the highest point of the Seebuck.

The Feldberg Tower is just as visible as the Feldsee. The best time to take pictures is in the early morning or late afternoon. Then the light is soft. With a dramatic sunset in the background, the Feldberg Tower looks particularly impressive.

Sporty photographers take the opportunity and hike to Seebuck. There is a scenic circular route of about 12 km of medium difficulty. On the route, visitors will also discover all kinds of bird species, which can of course also be photographed. The tour can be carried out all year round.

The Krai Woog Gumpen in the southern Black Forest are a natural spectacle created by Ice Age glaciers. They are also known as glacier mills and are located in the Hotzenwald in Görwihl. There the Schwarzenbächle flows through the forest and forms an enchanting waterfall. Together with the natural pool, this is a wonderful photo motif at any time of the year. Fortunately, access is also possible all year round. In the summer months you can even swim.

A nice hike to the photo spot is the Hotzenwald 7-Moore-Weg, where you can make a detour of around 1 km to the Krai Woog Gumpen.

The Mummelsee with the hotel of the same name right on its shore is considered the largest cirque lake in the Black Forest. Its circumference is around 800 m. It is idyllically embedded in densely overgrown mountain slopes. The name of the body of water means white water lilies, because these are popularly known as Mummeln. Unfortunately, this expression is misleading. Because the lake is in a fantastically beautiful location, but there is no trace of water lilies. The water is much too nutrient-poor and acidic for that, which is why you look in vain for fish.

Nevertheless, the Mummelsee proves to be one of the most beautiful Black Forest motifs for photographers. From the parking lot at the Black Forest High Road off, it can be depicted excellently.

Who doesn't know them, the typical cuckoo clocks from the Black Forest. One of the first watchmakers of these mechanical timepieces with the little bird was Franz Ketterer from Schönwald. He supposedly built the first in 1737 Cuckoo clock. In the meantime, the bestseller with tradition is known all over the world.

The typical timepieces from the Black Forest are an ideal photo motif for birthday invitation cards. In the Card printing company Meine-Kartemanufaktur stickers, motifs and additional text can also be added to the photo so that funny or touching printed matter is created. A good place to photograph the cuckoo clocks is this, for example Traditional company August Schwer in Schoenwald.

The Gertelbach in the Bühlertal offers countless beautiful photo opportunities. On the approximately 2 km long hiking trail, visitors follow the water through the romantic gorge. The cool water flows over many cascades and falls around 70 meters at the waterfall. Not only the stream and its course can be photographed excellently, there should also be some space left on the memory card for the panorama from the Wiedenfelsen over the Bühlertal.

Visitors can get to the Gertelbach by driving from the outskirts of Bühlertal in the direction of the Schwarzwald-Hochstraße. The car can be parked free of charge at the hiking car park. For those who are traveling by public transport, bus line 263 is the intermediate destination. Exit is at Gertelbachstrasse. The return journey takes place with the same bus line from Wiedenfelsen.

Anyone who wants to design their invitation cards in the style of the 60s is in the Retro Avia gas station at Kniebis exactly at the right place. You can not only fill up with petrol at the bright red petrol pumps, they must also be included in the photos. In addition to the outdoor area, the retro-style shop and restaurant also take visitors back to the days of rock 'n' roll and flying petticoats.

The black and white checkered floor goes just as perfectly with this as the nostalgic jukebox. Even a vintage motorcycle in the gastronomy area lends itself as a photo model. And if you're already there, you can fortify yourself with a delicious regional dish.

The exact address of the gas station is: Straßburger Str. 304 in 72250 Freudenstadt-knee bite.

Also in that Open-air museum in Gutach visitors immediately feel transported back into the past. The historic farms are up to 600 years old. In addition to the impressive buildings, there are also many other attractions that are perfect for a snapshot. The area is home to a large number of old animal breeds and plants.

The herb gardens and flower boxes are particularly eye-catching between spring and autumn. You can also take pictures during the handicraft and cooking demonstrations in the smoke kitchen. The women in their traditional costumes also leave a lasting impression. The classic straw hat with the red bollards is not world-famous for nothing.

In Baden-Baden, the approximately 3,5 km long boulevard Lichtentaler Allee is one of the most beautiful photo opportunities. It was created in 1655 and continues to delight visitors to this day. This is partly due to the abundance of plants. The linden trees line the path, while countless azaleas, rhododendrons, chestnuts and oaks stand in the park.

Depending on the season, the face of the avenue changes because different flowers bloom. The path between the Hotel Badischer Hof and the Cistercian monastery is not only a feast for the eyes for plant lovers. Because the avenue is surrounded by a wide variety of historical monuments that also want to be in front of the lens. The city's most well-known attraction is also located here: the neo-baroque casino. It is the second largest concert hall in Europe and attracts everyone's attention.

The Princely Fürstenberg Castle in Donaueschingen has also made it into the top 10 most beautiful Black Forest motifs. It sits enthroned in the middle of a spacious park at the source of the Danube. Even the outdoor area with the romantic ponds and the old trees is a dream for photographers.

The facade and also the interior of the castle received a complete makeover in the years 1893 to 1896. Since then, they have shone in the French style. At that time, the wife of the lord of the castle, who came from France, was responsible for this. What is unique is that this castle accommodates rooms for representative purposes as well as comfortable and at the same time cozy living quarters.

Expensive paintings, furniture and high-quality porcelain are just some of the elements that can be seen during the castle tour. The castle is particularly suitable for romantic and historical pictures.

Modern architecture has also made it into the top 10 most beautiful Black Forest motifs. The three-country bridge between Weil am Rhein and Huningue in France has been open to traffic since March 2007.

It is a striking asymmetrical steel girder structure that is believed to be the world's longest cantilever arch bridge for pedestrians and cyclists. Overall, it extends over a distance of 248 meters. From here it is only 200 meters to the border triangle, hence the name of the bridge.

Due to the impressive construction, the construction has already received several awards. Because it is illuminated at night, spectacular shots from a wide variety of perspectives are possible even after dark.

Aqua Fun Schluchsee
Treat yourself to bathing pleasure in AQUA FUN on the largest Black Forest lake! The heated outdoor pool in Schluchsee is the bathing attraction in the Upper Black Forest. Right on the biggest

Tourism development in the Black Forest
The Black Forest keeps setting new records in tourism. In 2017, the 22 million overnight stays in one year were cracked for the first time and the