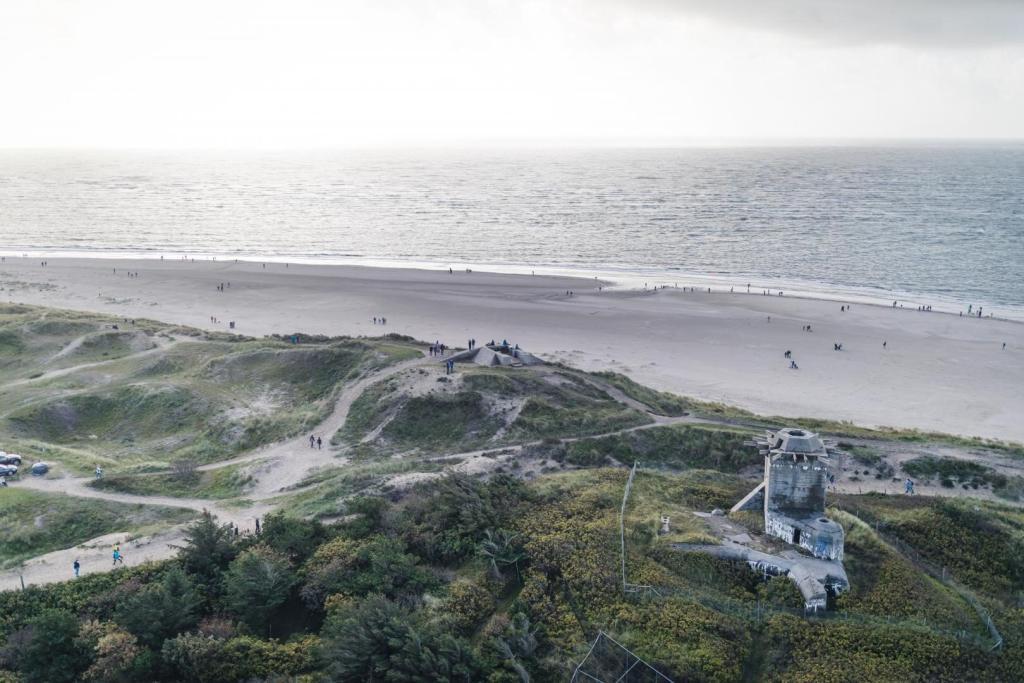 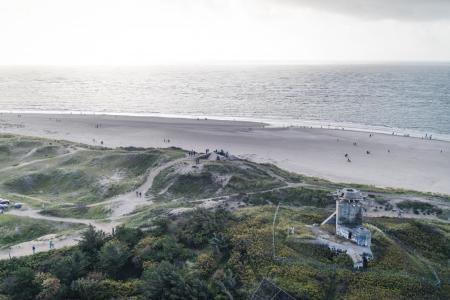 Holidaymakers who like to travel to the Black Forest are sure to find the Danish Blåvand ("blue water") very popular. Admittedly, the North Sea, seagulls and sandy beaches may stand in stark contrast to the low mountain ranges in Baden-Württemberg, but both regions attract equally with idyllic landscapes, historical sights and a wide range of leisure activities that promise adventure as well as pure relaxation.

Although the small village of Blåvand is inhabited all year round by only around 200 residents, it is known as a holiday resort far beyond the borders of Denmark. Thanks to its location on the Blåvandshuk headland, the region has access to two seas. In the west lies the North Sea with its endless sandy beaches, where bathers and water sports enthusiasts enjoy the warm summer days; and in the east the Wadden Sea, a unique biotope of Danish flora and fauna.

Blåvand counts is very well developed for tourism. Because despite its small population, several campsites and more than 2 holiday homes offer the opportunity for a break of several days. A feeling of mass tourism does not arise here. On the contrary, Blåvand is a great destination for anyone looking for a quiet, relaxing holiday. Incidentally, it is common practice to become a vacationer Holiday home in Denmark to rent - the offer therefore ranges from minimalist furnished huts to luxurious holiday homes.

The sights of Blåvand

The Blåvand beach is clearly the region’s visitor magnet - and depending on the beach section, it offers its own leisure options. The southern part of the fine, white sandy beach is very close to the holiday home areas. The current here is relatively low and therefore ideal for families with children for swimming.

If you hike a little further north, you will find that the beach here has a strong curve - this is the westernmost point of Denmark. To the north of this the beach becomes a bit more natural and wild. Since the current is much stronger here, swimming on the northern stretch of the beach is not recommended. As a result, you will meet fewer people here - perfect for a quiet walk on the beach. This part of the beach is also known for the large amounts of amber that is washed up on the coast and is allowed to be collected.

The "Autostrand" in Veyers Strand is also popular. The extremely wide, solid sandy beach is around five kilometers long and can be used by car, which is why it is very popular with day-trippers and people with walking difficulties.

The Tirpitz position and the remains of the Atlantic Wall provide insights into a rather dark chapter in local history, because during the Second World War the Nazis built numerous bunkers and defensive structures along the North Sea. The ruins of these buildings belonging to the so-called Atlantic Wall can still be seen today. Some of the bunkers in Blåvand were also transformed into mule sculptures by British artist Bill Woodrow on the occasion of the 50th anniversary of the Danish liberation.

The best-known bunker in the region is undoubtedly the Tirpitz position in Blåvand. Today it is used as a museum. Here visitors can gain insights into the national history of Denmark, the project of the Atlantic Wall and the effects of the Second World War. In addition, an exhibition was set up dedicated to amber, the gold of the sea.

The Blåvandshuk Fyr is a 39 meter high lighthouse and at the same time the symbol of Blåvand. Since it opened in 1900, it has been in continuous operation to warn seafarers and ship masters of the dangerous reefs near the coast. The lighthouse is open to visitors all year round.

Those who tackle the 170 steps will be rewarded on the viewing platform with a wide view of the headland, the North Sea and the Wadden Sea. The former lighthouse keeper's house, which is no longer needed due to the automation of operations, now houses an exhibition on the Horns Rev offshore wind farm - its gigantic wind edges protruding from the North Sea are clearly visible from the beach when the safety conditions are clear.

Tips for spending your free time in Blåvand

Water sports. The perfect wind and weather conditions for surfers attract numerous surfers to Blåvand every year. The wave height usually does not exceed two meters, which is why even beginners can easily make their first attempts at windsurfing and kitesurfing here. But the beach is also ideal for stand-up paddling, which is a little less difficult, and for canoeing or kayaking.

Discover nature - on foot, bike and horse. Outside of the blue element, visitors to Blåvand will find numerous cycling and hiking trails that are perfect for small discovery tours through the diverse landscape of Blåvand. Some paths lead through the sandy dunes along the beaches of the Skallingen peninsula - the local riding stables even offer the opportunity to gallop across the beach on an Icelander; other paths lead through forests and idyllic pastures, past grazing sheep and cows.

The forests of Blåvand are also perfect for collecting mushrooms. An annual mushroom week is even held there in calendar week 37 - the program also includes workshops in which participants learn how to correctly identify mushrooms - and also dust off a few cooking tips from local chefs.

Those who prefer to watch birds should take a hike through the Wadden Sea. Countless terns and gulls breed on the bird island of Langli in Ho Bay every year. The island may only be entered outside of the breeding season - but the birds can also be studied from a distance, especially with binoculars in hand.

The Blåvand Zoo and its around 400 animal inhabitants can be visited all year round. In addition to native animals, you can also discover numerous exotic species such as snakes, monkeys, kangaroos and lions. The Blåvand Zoo is also extremely child-friendly. There are several playgrounds on the site and some animals can even be petted and fed with the keepers.

Furthermore Blåvand has its own golf course, a family-friendly indoor swimming pool (including slides) and a fitness center that can also be visited by holiday guests. In the neighboring towns there are also other sports facilities such as tennis and mini golf courses, a climbing hall and much more. So it will definitely not be boring - even if the weather turns typically Nordic.

Furtwangen
Furtwangen is the highest town in Baden-Württemberg. Between 850 m and 1.150 m above sea level it lies in an attractive landscape in the upper Bregtal of the Central Black Forest in the source area

Holiday farm Büchele
Two comfortably furnished non-smoking holiday apartments on the farm in a quiet location. There is space for 2 - 6 people on the ground floor. There is space for in the attic
Hotels in the Black Forest
Hotels in the Black Forest offer everything your heart desires. The hosts still offer genuine hospitality - traditional recipes, personal and individual care and often