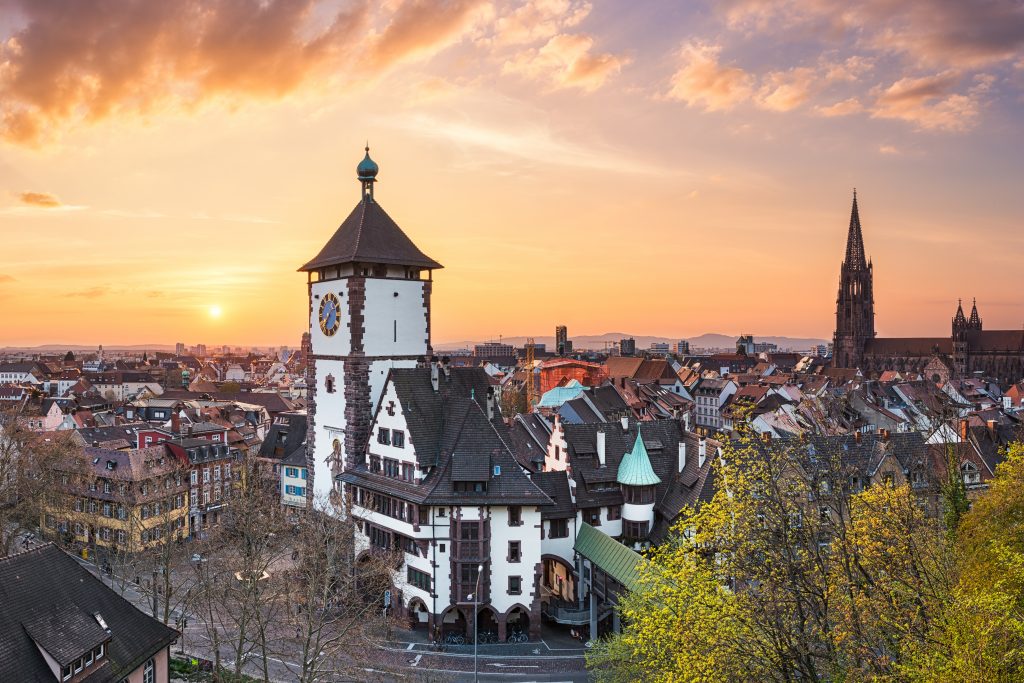 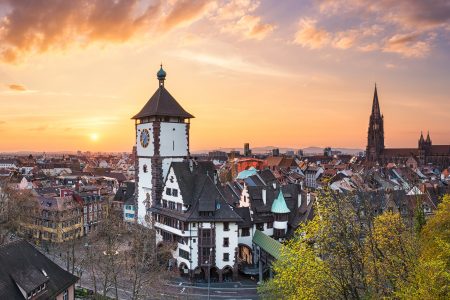 A day in Freiburg - these are the highlights

City trips have recently become more and more popular within Germany. The city of Freiburg im Breisgau with a population of just over 230.000 is a place steeped in history that inspires hundreds of thousands of people year after year with its outstanding architecture and all kinds of exciting sights. In this post, we'll take a look at what exactly makes this city so charming and which sights you definitely shouldn't miss when visiting Freiburg.

The symbol of the city of Freiburg is the Freiburg Minster. Above all, the spectacular 116 meter high tower of the cathedral is a remarkable architectural highlight. At a height of up to 70 meters you can get a great view of the entire city from an observation platform. The cathedral was completed in 1513, and is one of those sights that has survived all wars without any dramatic damage.

The old town hall is also a real eye-catcher. It is located directly on the town hall square and was able to retain the iconic facade. Not least after an extensive restoration, the old town hall shines in unique splendor.

The New Town Hall is located in the immediate vicinity of the Old Town Hall. Due to a lack of space, the old town hall was expanded so that more space remains for the administration of the district town. In the summer months, the new town hall is the venue for theater performances and other forms of cultural events.

Freiburg is of course very easy to visit, especially when the weather is good. But if you are unlucky with the weather, there are some great hotels where you can spend your stay protected from the capricious weather. Pursuits such as video streaming, Play Live Casino, or just reading a book, are the perfect pastime in such places until the sun comes up again.

Another absolute highlight of the city of Freiburg is the Augustinermuseum. It is a former monastery church that was rebuilt so that the history of the Augustinian order could be documented here like hardly anywhere else. The modern architecture knows how to inspire, and Augustinerplatz right in front of the museum is a great place to have a good one To drink coffee or to enjoy a drink in the evening.

One of the highlights in Freiburg are the Freiburger Bächle. This network of small brooks and watercourses in the city center covers over 15 kilometers - and they have existed since the Middle Ages. At that time the water supply was ensured with these rivulets - today they are used for cooling and, last but not least, the unique atmosphere of this city. Particularly popular photo motifs are the original Bächle boats, which are often installed in the Freiburg Bächle.

Probably the most famous restaurant in Freiburg is the Gasthof zum Roten Bären. It is right near Augustinerplatz and is one of the oldest inns in Germany. The house dates back to the Wilhelminian era and has served excellent typical cuisine from the region for centuries.

The Martinstor and the Schwabentor should definitely be visited in Freiburg. They are iconic aspects of the Freiburg architecture, and have existed for a very long time. The Martinstor, through which the Martinsgässle leads, is the oldest city gate in Freiburg and is 66 m high.

As one of the oldest universities in Germany, the Albert Ludwig University of Freiburg known. It was founded in 1457 and employs more than 11.000 people, which also makes it an economically important factor in the region. The university is spread over six locations, they are all architecturally outstanding and should definitely not be left out if you want to get to know Freiburg better.

One thing becomes clear when you look at the listing of these attractions: Freiburg is a culturally significant place in Germany, and should definitely be considered if planning a short-term excursion and appreciating traditional German architecture.

Bad Krozingen
The spa town of Bad Krozingen is located in the Breisgau-Hochschwarzwald district and is approx. 15 km from Freiburg. To the west is the border to

Only available in the Black Forest
Where is the highest mountain in Baden-Württemberg? Where was the most successful German television series filmed? Where did US President Franklin D. Roosevelt spend his honeymoon? Where are located
Gaggenau