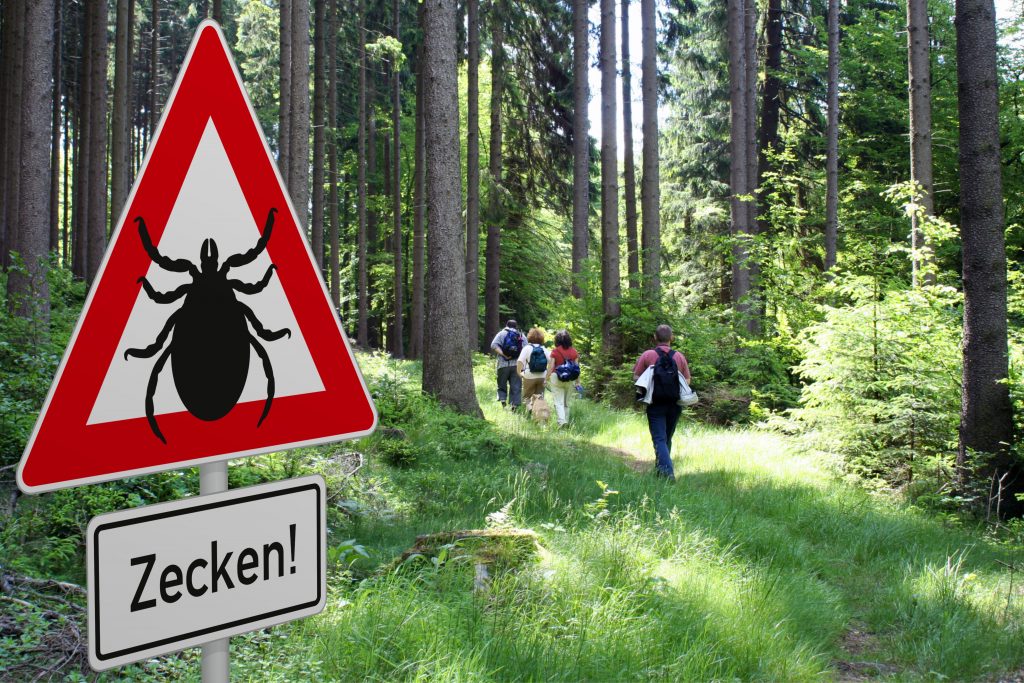 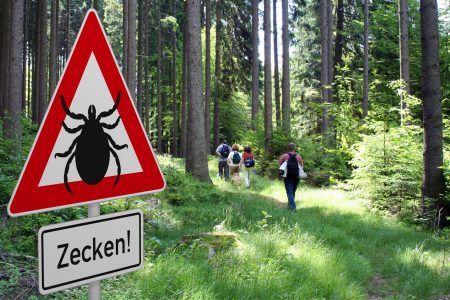 Wild, original and unfathomable: that is what makes the Black Forest so fascinating. Insect-borne diseases such as malaria, tika, and dengue fever have made many travelers lose their appetite for the tropics. Summer vacation in the Black Forest is becoming more attractive. How big is the risk of being infected by parasites in native forests? The tick, also known as the common wood tick, is not dangerous in itself, but it is possible The carriers of borreliosis and early summer meningo encephalitis, TBE for short.

When and where do ticks lurk in the Black Forest?

The tick prefers mild warm temperatures in a humid environment. Ticks are particularly active in spring. They like to stay in damp foliage or shrubbery or in high meadows and wait at knee height until a possible host comes by and they can jump on them. There they prefer to go to the back of the knees, armpits, neck or genital area - precisely where it is warm and humid.

Drought and cold do not give them a reason to live. Therefore, a few years ago, areas above an altitude of 1000 meters were considered tick-free because they cannot survive there. So was one Hike around the Feldberg (1493m) as safe. This limit has been increased to 1600 meters. These bloodsuckers benefit from climate change including mild winters.

The name itself - early summer meningo encephalitis - indicates the marriage of this virus. All of southern Germany, including Baden-Württemberg and the Black Forest, are among them TBE risk areas. When classifying as a risk area, it is assumed that 2% of the tick population could be infected. Borrelia are dangerous nationwide.

What is TBE? What is Lyme disease? - Hazard scaling

The TBE virus is transmitted through the tick's saliva. Thus, the danger of quickly removing the tick is not averted. But with a vaccination protection. The effects of infection in humans range from zero-symptom to fatal. 476 clinical cases were documented in Germany in 2017. Borreliosis infection occurs via excretions from the tick that enter the host body: approx. 12 to 24 hours after the tick has attached itself to it. Lyme disease is far less dangerous, but there is currently no vaccination protection. There is an interim check for this - has something bitten me? - makes sense.

Do not drizzle with oil, alcohol or nail polish remover, and do not twist either: for now, keep calm. And this works best when the right equipment is at hand for just such a case. It is advisable, using a tick repellent spray before going for a walk in natureand carry tick tweezers with you. The tick should be gripped with the tip of the tweezers as close as possible to the mouthparts on the skin, squeeze the tweezers and slowly lift the animal out. Don't panic if it doesn't work right away. Any parts of the tick's body remaining in the skin are harmless. Then disinfect the bite with alcohol or refreshing tissues.

If the area of ​​skin swells severely or redness spreads, a doctor should be consulted.

Ticks have now also established themselves in gardens. But even that shouldn't be a reason to forego nature in all its diversity. Because the risk of developing TBE after a tick bite in the risk areas is officially scaled up to 1 in 150. Even in designated risk areas, only an average of 2% virus infestation of the animals is calculated. Because according to the Robert Koch Institute, Berlin, the average of infected animals is calculated from 0,1 to 3,4 percent of ticks with the virus. This is no consolation when one of these animals is stabbing and you are one of the third people who develop symptoms of the disease. In the others, the infection proceeds without any noticeable symptoms.

Children and women are found to be more immune than men and the elderly. Why this is so is still unclear. In 5% of people who are bitten by a tick, the bite is accompanied by a Lyme disease infection. Of these, 1% of those infected develop symptoms such as flu and body aches. The immune system also seems to play a role in this. And this, in turn, can best be strengthened in the great outdoors.

Image courtesy of Heiko Barth - stock.adobe.com
More on the topic:

Ski areas in the Upper Black Forest - hit the slopes!
The alpine center is the Feldberg and around it you can find ski slopes for beginners as well as advanced skiers between Löffingen and Todtnauberg. The

Black Forest Girl House
Just a few meters from the forest and meadows and about 10 minutes' walk from the center you will find our Schwarzwaldmädel house in an extremely quiet and sunny location on the outskirts.

Enjoy the Black Forest actively in winter
The Black Forest is not only worth a trip in summer. The popular holiday region, which has become famous at the latest through 50s homeland films such as “Schwarzwaldmädel”, belongs

Vacation with your dog in the Black Forest
All family members look forward to the vacation and want to enjoy it together. Four-legged members have slightly different requirements than two-legged members. Not every region