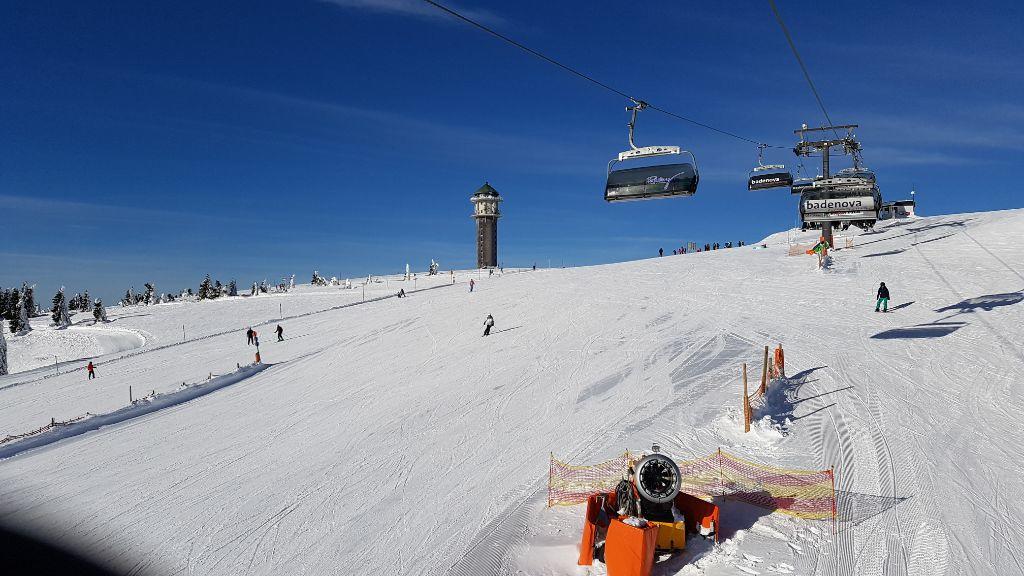 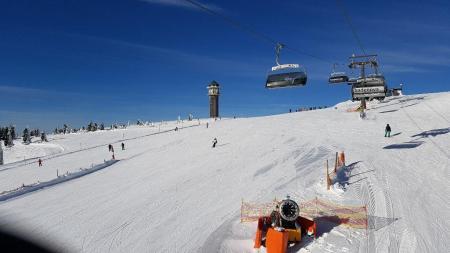 The Black Forest is not only worth a trip in summer. The popular holiday region, which has become famous at the latest through films from the 50s like “Schwarzwaldmädel”, is one of the warmest and sunniest in Germany. It inspires all year round with its incomparable natural beauty and the variety of opportunities to be active in the fresh air.

More than 70 mountains and peaks between 1000 and 1493 meters in the sky characterize the Black Forest as Germany's largest and highest low mountain range .

This makes it an almost guaranteed snow and therefore winter sports area even in times of rapid climate change. Here you can enjoy the whole range of winter sports on freezing cold days. Experienced skiers are drawn to the slopes. Snowboarders have fun with rapid jumps on the halfpipes. Cross-country skiingCross-country trails invite you to take a leisurely sport, and the Black Forest can also be explored in all its wintry splendor on snowshoes or in hiking boots. If you are drawn to the ice, you can not only do your laps on the skating rink and do pirouettes, but also in deep winter as a special highlight through icy waterfalls climb.

Snow reports and webcams in the individual locations always provide up-to-date information so that even a spontaneous short vacation can be planned thoroughly.

The joint-friendly trend sport Nordic Walking, for which the Black Forest is made, is even suitable for the inexperienced. Supported by two pieces that are reminiscent of ski poles, it goes through forests and meadows, but also up to lofty heights. Breaks in between are rewarded with panoramas that are second to none. For beginners there are gentle climbs such as from the Altglashütten to the Schuppenhörnle. The almost 2,8 kilometers can easily be covered in half an hour.

Football fans shouldn't miss a visit to the Black Forest Stadium. The SC Freiburg is one of the outliers this season and currently has a chance of winning the title or at least a UEFA Cup place. live watch in the football stadium or at least showing your support in football betting makes the encounters doubly exciting.

But despite all the love for football, the Black Forest in the border triangle between France, Germany and Switzerland is and remains a ski stronghold that has gone down in German history.

The beginning was made by the French diplomat Raymond Pilet, who in February 1891 with the recently built railroad up to the Titisee went there, strapped Norwegian snowshoes to his feet and was the first to ski the highest Summit of the Black Forest climbed. He trudged about ten kilometers for it Feldberg up through the snow, sooner he reached 1493 meters altitude.

Skiing gained popularity. Just ten months after Pilet's pioneering achievement, six recreational athletes founded the at the foot of the Feldberg Todtnau ski club. A “guide to snowshoeing”, available for one mark, advertised the boards not only as a means of transport for mountain farmers, but also as a means of stimulating body and mind. Skiing became recreational fun.

The Black Forest athletes also set the tone when it comes to emancipation. The first women were photographed on skis as early as 1897 when they were practicing with the men on the Feldberg. The First World War put an end to the supremacy of the Black Forest. Plans to host the first Winter Olympics in Feldberg in 1916 became obsolete when the war broke out.

Instead, the Bavarian Garmisch-Partenkirchen became the first German venue in 1936. Since then, the white and blue state has remained a leader, especially when it comes to competitive sports.

In return, the Black Forest has retained its tranquility and tranquility on the slopes, which the first club members already knew as worry-freeing heights.

But non-athletes can also find relaxation and stimulation in the Black Forest. Culture and history lovers are in good hands in Freiburg. The cathedral, which is more than 700 years old, captivates with perfect elements from Gothic and Romanesque architecture. The 116 meter high tower with its octagonal superstructure is considered to be the most beautiful work of Gothic architecture in Germany. A slow tour around Münster is worth it because of the numerous frescoes that adorn the masonry, including gargoyles with demonic grimaces. From the accessible cathedral tower, visitors can enjoy an excellent view of the entire city, including the Kaiserstuhl and the Rhine plain. Magnificent historical buildings such as the Kornhaus and the Alte Wache line the picturesque Münsterplatz.

The Black Forest is also famous for its health resorts, which attracted Europe's nobility in the 18th and 19th centuries and later the money nobility. Baden-Baden has always been number one. In the Friedrichsbad, a nude bath with an unusual mixture of hot air, thermal steam and thermal movement bath, the writer Mark Twain once had a good time.

The Caracalla thermal baths are family-friendly with indoor and outdoor pools, waterfalls and an aromatic steam bath. The Roman bath ruins open to the public are a reminder of the beginnings of bathing culture.

Bad Wildbad, hidden deep in the Enz Valley, is small but beautiful. The international spa with its oriental-style Palais Thermal is also known for its Rossini concerts, among other things. But as everywhere in the Black Forest, recreational sports are not neglected. More modern trends are taken into account, for example, with a mountain bike park.

Germany's highest waterfalls can be found in Triberg. The floods of the Gutach rush over seven cascades 163 meters deep. In winter, the tourist attraction turns into an icy natural spectacle when the frost turns the waterfalls into a glittering ice palace.

But also the culinary delights are not neglected in the Black Forest. The kitchen benefits from all sorts of influences from the border triangle. Soups with pancakes, bacon vespers with farmer's bread, bacon and bacon, liver and black sausage, or pancakes cut into small pieces warm body and soul in winter.

Numerous star chefs have left their mark in the Black Forest - another reason for the region's popularity when it comes to home holidays. The accommodation establishments in the Black Forest counted more than 8,3 million visitors in 2017 and the trend is still increasing.

Lahrer limping messenger
The Baden folk calendar The legendary Lahrer Hinkende Bote has been guiding you through the year with a Baden lifestyle for over 200 years. In addition to the popular, detailed calendar and

Muggenbrunn ski center
We offer you: Seven ski lifts with a variety of slopes of all levels of difficulty. Ski circus Franzosenberg - Winkel - Köpfle. In the Feldberg lift network with a uniform card system (Feldberg,

Berlin's wellness hotel KroneLamm
WELLNESS-FITNESS-BEAUTY-RELAX-ENJOYMENT Experience daydreams with the Berlin family on the Zavelsteiner high plateau! We make your most precious time as valuable and enjoyable as possible