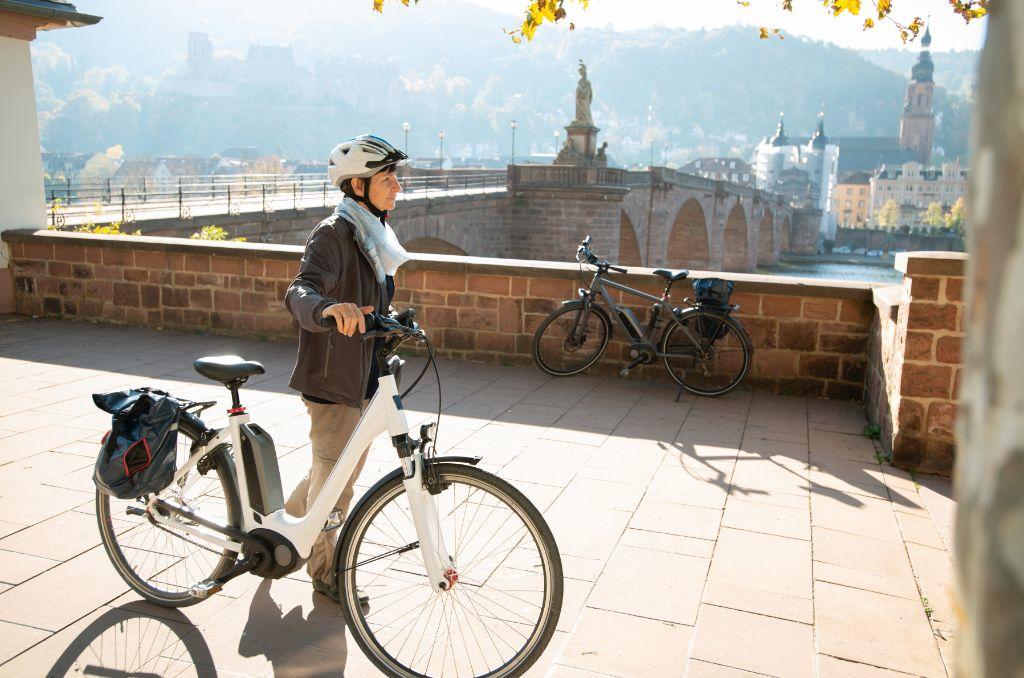 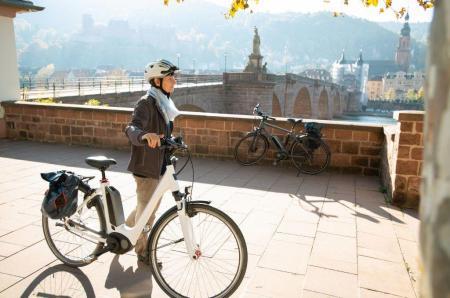 Pure active holidays by bike from Heidelberg to Lake Constance

With a length of 308 kilometers with gentle heights, challenging inclines and flat stretches on mostly asphalted paths across sunny Baden-Württemberg, the Heidelberg-Black Forest-Lake Constance Cycle Path offers both a challenge and a pleasure to cycle.

The starting point of the route is romantic Heidelberg. The baroque old town is dominated by the world-famous Heidelberg Castle above.

A little more along the Neckar, then it goes out into a wide, flat plain and dense deciduous forests. The “Schwetzinger Hardt” is the largest regional forest reserve and at the same time recreational forest. Sustainable forestry and nature conservation live here in complete harmony. The journey leads through the Kraichgau, the “Baden Tuscany” to Bruchsal. A stop at the baroque residence “Schloss Bruchsal”, the most beautiful castle in the Kraichgau, is well worth it.

It continues comfortably from Bruchsal to the first destination of the day in Bretten. The first 60 kilometers are done and the difference in altitude of 50 meters on average is easy to manage.

The path climbs from Bretten. A difference in altitude of around 200 meters is the first challenge. After the first ascent, it then goes rapidly downhill to the gold city of Pforzheim. On the edge of the Black Forest, the city attracts with watch and jewelry workshops. The city center with the castle and collegiate church of St. Michael and the Roman excavation sites at the Kappelhof are well worth seeing. You continue through the romantic Nagold valley into the mountains of the northern Black Forest to Bad Liebenzell. Health and relaxation have a long tradition here. Liebenzell Castle rises imposingly above the treetops. We continue to Hirsau Monastery and its three-aisled, exceptionally long church. Built in the 11th century, the basilica is one of the largest Romanesque churches. Shortly afterwards, the day's destination Calw is reached.

The route of the Heidelberg-Black Forest-Lake Constance cycle path from Calw is idyllic. Through meadow valleys along the Nagold. An almost untouched nature forms the backdrop, which is characterized by forests and meadows until you finally reach the romantic shepherd town of Wildberg. Architectural monuments from the Middle Ages, the palace complex and the historic monastery radiate peace and relaxation. From now on it goes steadily uphill. However, the route is easy to drive on and relatively easy to master. Only after you have passed the city of Nagold does the more demanding, strong ascent to a high plateau begin, from which, however, a wonderful all-round view reconciles the exertion. The last stretch to the day's destination Horb in the Neckar Valley can then be completed on a leisurely roll.

Between the Black Forest and the Swabian Alb

A picturesque landscape opens up from Horb to the south. To the west the heights of the Black Forest and to the east the low mountain range Swabian Alb. This stage is the most strenuous and difficult route that leads from Horb in the Neckar Valley to the oldest town in Baden-Württemberg, Rottweil. Right at the beginning it goes up to the high landscape of the Upper Gau. Dense pine forests on the karst soil occasionally reveal wonderful views of the mountain panorama of the Black Forest. At the end of the day, the “skyline” of Rottweil, the city on the Neckar with its 264 meter high tower, greets you from afar. The modern landmark of Rottweil, the Thyssen Krupp Elevator, is used for testing high-speed elevators. From the upper platform, Germany's highest visitor platform, there is a fabulous view of the surrounding area.

Cycling on the plateau

It continues along the Neckar to its sources in the Schwenniger Moos. The Neckar begins to bubble here at a height of around 705 meters. The cycle path leads through Villingen-Schwenningen in the eastern edge of the Black Forest and further on the plateau to Donaueschingen. The first part goes uphill again and then takes you down the Roman road down into the Danube valley and downhill to Donaueschingen at a brisk ride. Romans, Celts and Alemanni have left their mark on the city and along its historic old town streets.

The last stage is on the one hand the longest but at the same time a pleasure route. Most of the time, the route is flat or only moderately up and down over smaller hills and always with a great view of the mountain panorama, meadows and wide fields. From Hohentwiel Castle, the bike rolls down by itself to the shores of Lake Constance and the beautiful Radolfzell promenade.

Nice place
More on the topic:

Hotel Kirnbacherhof
We at the Kirnbacher Hof look forward to your visit to our hotel in the Black Forest. Relax and unwind in the guest houses and hotels
Emmendingen

Eichberg Tower
The Eichberg tower is located in the district of Emmendingen. It is 43.2m high and offers a wonderful all-round view. Facts and figures about the Eichbergturm Höhe:
Hofsgrund

Schniederlihof farmhouse
The farm museum in Hofsgrund am Schauinsland from 1592 was converted into today's museum in 1973. As usual in a Black Forest house is located

Asal - Haus Morgensonne ****… .comfortable and natural….
ARRIVE AND FEEL COMFORTABLE ... FAR AWAY FROM EVERYDAY LIFE ... NOT AT HOME AND BUT AT HOME ... Vacation time completely independent, cozy living .... Experience time ... Our house