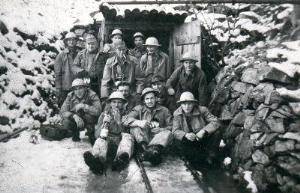 The history of Todtnau mining

The city Todtnau, Venue of the first Baden-Württemberg Miners' Day, is located in the upper Wiesental at the foot of the Feldberg, the highest mountain in the Black Forest at 1493 m. The population of the entire municipality is about 5.000 people. In addition to trade, craft and trade, the textile and brush industry is of great economic importance. Two machine factories deliver their products all over the world.

The Todtnauer Ferienland offers ideal conditions for tourism in both summer and winter. All facilities are available to provide guests with a relaxing holiday. As the cradle of German skiing and as the venue for German and international ski championships (Alpine World Cup), Todtnau is well known in winter sports circles.

The beginnings of mining

The Black Forest was already known as ore-rich mountains in ancient times. at Badenweiler Roman mining can already be proven. The mining of the silver ore veins in the upper Wiesentai seems to have started on a larger scale around the year 1150. Already in 1288 the now prosperous citizens of Todtnau received the right to build a parish church and a cemetery from the monastery of St. Blasien in return for payment of 100 silver marks, which is around 24 kilograms based on today's weight. The Todtnau seal, known since 1341, shows a miner with a mallet, iron and lamp and is one of the oldest German city coats of arms with a mining depiction.

At that time, mining was operated by so-called “Fronern” with their partners, comparable to today's' craft business with masters, journeymen and other assistants.

Those of the sovereignty, the Counts of Freiburg, lent pit fields were called “Froneberge”. In every award deed, the rights and obligations of the fiefdom holder and his partners were described in detail. Construction was compulsory in the pits, ie if the works were inactive for more than 6 weeks and 3 days, another applicant could claim them. The fee was mostly the "10th Bucket of ore ”. In return, the sovereign promised the servants to guarantee the way, water and wood and to protect them against violence and injustice.

Between the years 1285 and 1355 the following mines were in operation in the Todtnau district:

After the Counts of Freiburg had already lost their city and the surrounding territories in 1368, they had to give up their mining rights in the Todtnau district around 1400. Her successor was the House of Habsburg.

Next to Todtnau was also Schonau an important market place where silver, lead and smoothness were sold. The mints of Breisgau and northern Switzerland bought their silver coins here. Under Duke Albrecht 111., a mint was established in Todtnau in 1387. Within the framework of the Rappenmünzbund, to which 74 cities and rulers were affiliated, the so-called “bracteates” were struck here, silver pennies embossed on one side. The most famous of these coins shows the symbol “To” for Todtnau and the Austrian shield next to it.

In 1387 Todtnau was given the right to strike its own coins. The penny pictured above, a so-called. Bracteate, shows the letters TO for Todtnau as a coin image, next to it the Austrian shield.

The most important mine of the 15th and 16th centuries in the Todtnauer Revier was the Grube zum Gauch. In addition to citizens of Todtnau, Freiburg and Basel owned the abbot of SI. Blasien and even the bishop of Brixen, in South Tyrol, shares in this mine. Emperor Maximilian I, who was a great patron of mining, issued his own regulations for this pit. In 1 the Gauch trades donated a magnificent stained glass window for the Freiburg Minster.

As a remarkable technical facility, the Grube zum Gauch had a water wheel that was supplied with water by two long, artificially created canals. With the help of this wheel the ore was extracted from the deepest shaft. Today's Radschert district of Todtnauber still contains the old word “Radschacht” in its name.

In order to be able to mine the ore at an even greater depth, a 1 km long hereditary tunnel was built below Aftersteg. Clewi Wölfle was commissioned in 6 to measure this tunnel. This is the first mention of a Markscheider in the Black Forest. Since 1464, the city of Todtnau has drawn part of its drinking water from this former silver mine. Other important mines were located in Brandenberg, on the Silberberg, in Fahl and on the Rotenbach near the Feldberg summit.

With the discovery of America, which supplied cheap silver to Europe, as well as the gradual depletion of the deposits in the southern Black Forest, a severe mining crisis occurred in the years after 1580. Many miners became unemployed and moved to other areas. The Todtnau mountain judge's office, which had existed since 1300, was dissolved.

The miners who stayed behind tried to make a living with other work. They switched to the manufacture of wooden utensils such as boxes, drawers, clapboards, rakes and spoons.

Due to the devastating fires of 1553 and 1689 Todtnau lost its urban character and sank into an insignificant village.

New mining attempts on lead and silver in the years after 1720 ended with a loss for those involved. It was only when Caspar Berger sold his “Maus” mine, which was opened in 1755, to the Baron von Beroldingen, that regular and successful mining began to emerge again. In order to be able to process and melt the mined ores, v. Beroldingen in the following years first a pounding and washing plant and then a smelting plant with an attached driving furnace. He delivered the silver produced to the mint in Günzburg an der Donau, where the famous Maria Theresa thalers were minted.

In 1776 the lselin brothers from Basel bought the “Maus” mine with all the opencast mines. They ran the plant with varying degrees of success until mining in the Mauswald came to a standstill due to the Napoleonic Wars.

Near the Todtnauer Hütte, below the Feldberg summit, lies the Rotenbach mine, which was already important in the Middle Ages. It was founded in 1761 with the support of the Freiburg mountain judge v. Mohr was examined by some miners and soon after it was put into operation. The extracted copper and lead ores were transported to Hofsgrund, as there was no smelting works on the Rotenbach.

In the upper part of the mine field at a height of over 1300m was the highest tunnel and shaft system in the Black Forest. So it becomes understandable when a report is complained to Vienna: "Because of the winter, the silver and copper mine has to remain unworked for over six months."

After a brief interruption in operations, a new attempt was made after 1794 to resume mining on the Rotenbach on a larger scale. The kuk Hofkammer advocated the construction of a stamping mill with seven stamps, an ore wash and a spacious colliery house. When the upper Wiesental was handed over to the Duke of Modena in 1803, the facilities at Rotenbach were entered in the log book as “fully functional”.

A trade union, which mainly consisted of Swiss citizens, had been building the “St. MariaAnna ”in Fahl, in the“ Wasserloch ”and at the“ Silberberg ”. The Freiburg mountain judge H. von Carato made great contributions to the creation of this society. He also worked out proposals for operating the mines. His plan was to drive both the Maria Anna tunnel and the waterhole tunnel to the south in order to reach the Silberberggang. V. Carato, that with the waterhole tunnel the Silberberggang could be undercut by almost 1784 m, “a truly rare Saigerhöhe”, as he respectfully noted in an expert report. The company was unable to achieve its goal of reaching the Silberberggang because it had to cease operations due to the war.

In the 19th century in the upper Wiesental, which in the meantime had been detached from Austria and assigned to the margraviate of Baden, mining activities took place again on a few corridors. So in the “Maus” mine in Todtnau, “Bernhard” in Geschwend, “Ludwig” in Aitern and “Stephanie” in Schönenberg. But work in all plants had to be stopped after a few years. Mining finally came to a standstill around 1890.

A new chapter in Todtnau mining history was opened in the years after 1914. However, the objects of the mining were no longer lead and silver ores, but the gangue mineral fluorspar, which the miners of the Middle Ages and the 18th century dumped as worthless. In the meantime the importance of fluorspar as a flux in the iron and steel industry had been recognized. Other areas of application were in chemistry and the glass industry. Due to the growing demand, various companies in the Todtnau / Fahl and Utzenfeld / Wieden Obtain prospecting and mining rights. For example the Badische Flußspatgesellschaft in Todtnau and the Wiesentäler Bergbau AG in Wieden.

Since 1924 the mining entrepreneur Theodor Burger from Nuremberg has been building on the south side of the Finstergrundgang in the tunnels. • Max I ”and. • Max 11”. He founded the union in 1930 Dark ground. However, six years later he sold his plant to the Montan-Industrie company in Munich. This company was represented by Garl Wölfel, who some time later took over the majority of the Finstergrund union.

On the recommendation of Theodor Burger, Garl Fischer was hired as operations manager. Fischer was an excellent spatula specialist and in the following decades did pioneering work in the development and dismantling of the deposits in the upper meadow valley.

In 1936/37 the Finstergrund trade union took over all mining fields in Todtnau, Brandenberg and Fahl. Before and during the Second World War, however, mining only took place in Utzenfeld, Wieden and Aitern. Only in the years after 1950 did the Rotwiese plants in Brandenberg, Tiefkännel in Fahl and Baumhalde and Tholusbrunnen on the Silberberg begin operations.

The Rotwiese mine in Brandenberg achieved the greatest economic importance. After the construction of a 75 m long cross passage, the ore vein was encountered and mined to the north and south for about 300 m. It was possible to dismantle up to the 80 m level through two shafts. As reported by H. Schürenberg (1957), hammer and iron work as well as traces of fire setting from the medieval period of operation were found in some places. Today the pit is under water from the 22 m level down.

In 1969 Garl Wölfel sold his “proud life's work” to Bayer, Leverkusen, for reasons of age. But just a few years later the end of the mine was announced. Due to constantly rising costs and cheaper imports, Bayer was forced to discontinue mining. This brought the traditional mining in the upper Wiesental to a standstill.

In the presence of the Count of Freiburg, the Todtnau mountain judge Johannes Wirri and with the participation of the most respected miners of all the surrounding areas, the Schauinsland the Disselmuter Bergweise. This legal opinion is one of the oldest mountain regulations written in German. 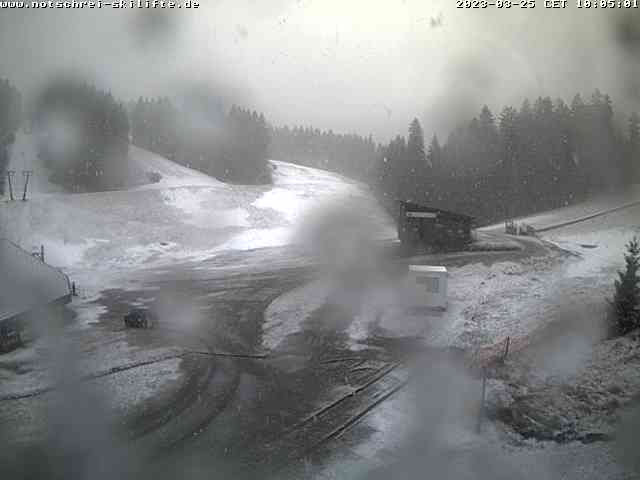 Notschrei - ski lifts
Webcam at the Notschrei ski lift in the Black Forest between Oberried and Todtnau.
Waldkirch

Black Forest Zoo Waldkirch
The Black Forest Zoo with an interesting collection of owls and a petting zoo is located at the Waldkirch leisure park. You can admire bears, lynx and many other game species here.
laufenburg

Maryan Beachwear Group GmbH & Co. KG
The maryan beachwear group is a family company with 60 years of tradition, which has grown from small beginnings with a lot of competence in fashion and function
Bonndorf

Schlossnarrenstube Bonndorf
In the 14 rooms of the almost 400-year-old Bonndorf Castle, every real fool's dream comes true: there is always carnival here.