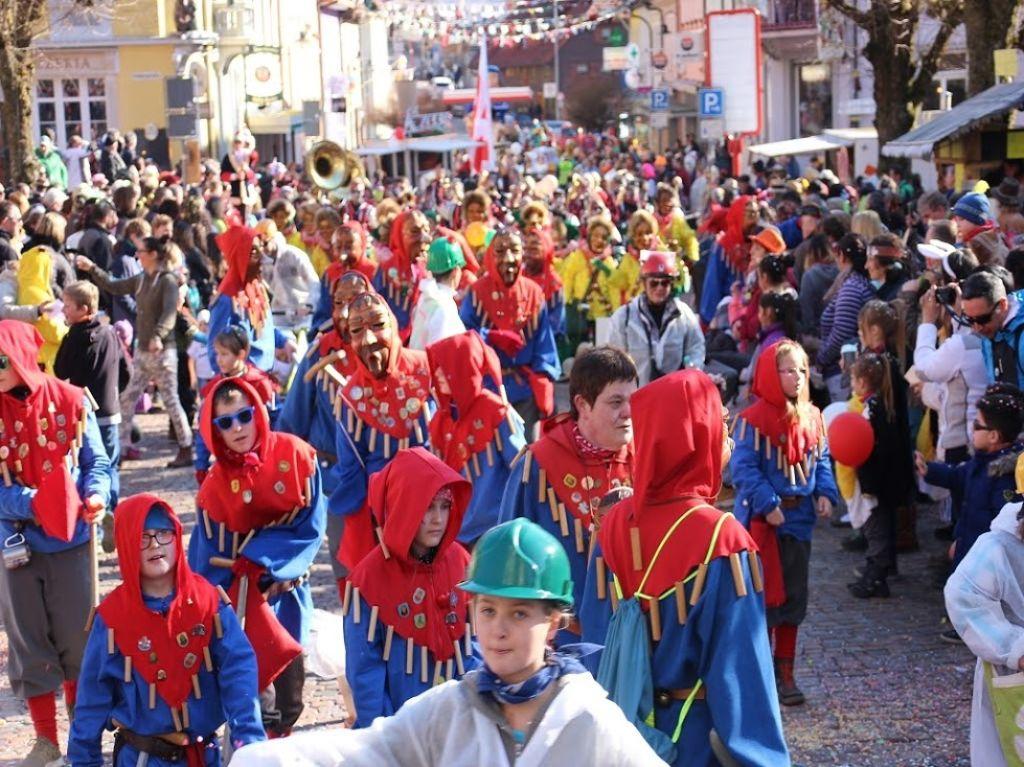 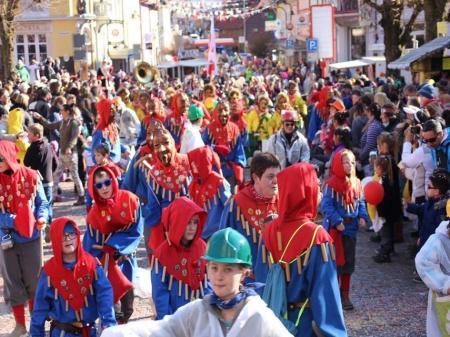 In the Black Forest, the Swabian-Alemannic carnival with its centuries-old customs determines the fifth season. Pagan cults, such as the noisy driving out of winter, mix with Christian rituals, such as wet, happy celebrations and the last meat enjoyment before Lent. The term “Fasnacht” stands for the six days from “Dirty” Thursday or “Schmotzige Dunschtich” to Ash Wednesday. During numerous parades and meetings of fools, dancing witches, wild men and many other colorful "larvae" populate the streets and inns of the towns. They have fun and joke with the audience.

Carnival, Mardi Gras, Carnival - a little journey to the origins

Between Christmas and the days of fasting in preparation for Easter, there has been a time of "anarchy" in all German regions since the Middle Ages. Authorities - mostly the Church - were mocked; Rules no longer applied. Protected by masks and disguises, the common people enjoyed their “great days”. People knew that from Ash Wednesday onwards, strict abstinence was required - in every respect. With the Reformation, the “fifth” season lost its importance, especially in Protestant areas. The Rhenish carnival revived from 1815 when Cologne was occupied by Prussians after the French had withdrawn. These new authorities made the "junkies" ridiculous. In southwest Germany, the more traditional Swabian-Alemannic carnival survived.

Colorful tradition and handed-down heritage - the carnival in the southwest

The fifth season, as it is celebrated in the Black Forest region, differs in many ways from the Rhenish carnival. Customs and old manners are in the foreground. In contrast to the carnival societies, the local clubs organize themselves in so-called “fools guilds”. They maintain the customs of their respective hometowns and organize events and large parades. Characteristic are the lavishly designed costumes, also called "Häs", made of a wooden mask or "larva" and the fool's dress. The Häträger usually keep their artistic equipment for a lifetime and partly pass them on. The figures shown often relate to legends and traditional, actual events.

Despite a large number of conspicuous bearers, a few basic figures can be made out. Among other things, keep appearing:

In addition, numerous other fools, legends and mythical creatures are up to mischief during the parades and events - much to the delight of the audience.

The Swabian-Alemannic Carnival starts on January XNUMXth in many places with the traditional "larvae dusting". The participants remove the dust from the past year from masks and robes. Witches, devils and other beings come back to life and the great days can begin. After the first events and meetings of the fools, the "dirty" Thursday is the hot phase. "Schmotzig" stands for "fatty" in many Alemannic dialects. The name refers to the fried foods, for example the donuts or the indispensable “Fasnachtskiechli”. In many places in the southwest, the parades, also called fool's leaps, are a special experience. In addition to impressive hauliers, music and fanfare bands accompany the path. This is followed by fun hustle and bustle in the pubs and ballrooms. Mostly on the weekend after the foolish time takes place in the neighboring Basel of the Basel morning prank instead of. The Hit the slices is the end of the Swabian-Alemannic carnival.

Thanks to reports and numerous television broadcasts, the carnival in the Black Forest has been booming for years. Relocations worth seeing take place in, among other places Hornberg, Rottweil or in Furtwangen instead of. It is precisely the contrast to the Rhenish Carnival that gives many guests their special charm. The artistically carved masks and elaborate costumes cast a spell over the audience. A look behind the scenes and to the historical roots of the colorful hustle and bustle is worthwhile. In 2014 the Swabian-Alemannic Carnival was added to the UNESCO list of intangible cultural heritage. A cultural asset to celebrate with!

More on the topic:
Happy

Knock saw Fröhnd
One of the main attractions in the southern Black Forest is undoubtedly the knocking saw in Fröhnd. Built in 1808, it is a true marvel made of stone and wood, without mortar
Ühlingen-Birkendorf

Schönau from its most beautiful side
Start at the exit of Schönau towards Tunau. You drive about 300m on the road towards Tunau. Just before entering the village, turn onto the