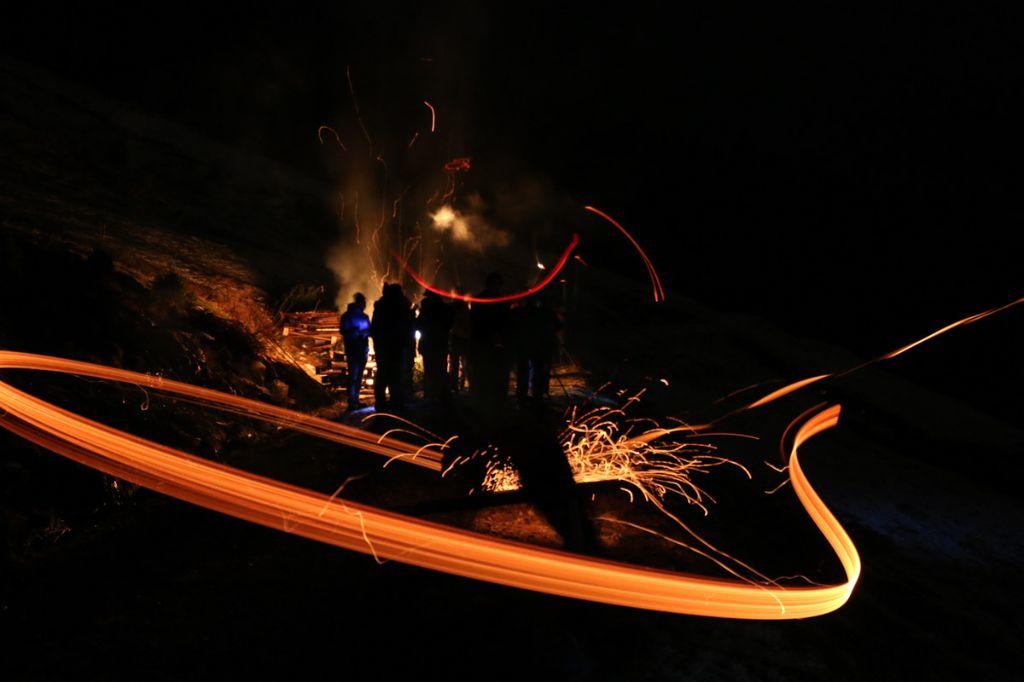 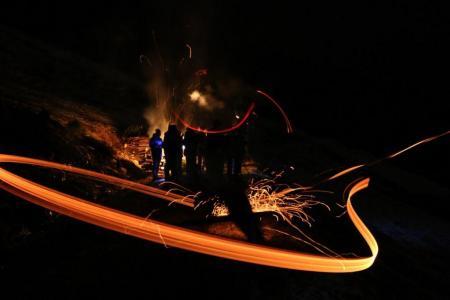 There are many traditions in the Black Forest and its surroundings. This also includes striking the target with the target fire, which takes place at the beginning of Lent and therefore on End of carnival is carried out.

This custom has its origins in pre-Christian times in the linguistic and cultural areas of the Swabian-Allannian areas as well as in Upper Austria, in some Swiss areas and in South Tyrol. This tradition involves throwing or hitting wooden discs lit in the fire down into the valley. The wooden disc is round or square depending on the region, it is made of beech wood and has a hole in the middle for attachment to a hazelnut stick. This is to drive away the cold season as well as the dark and gloomy spirits.

The process of striking the window

The event is often opened in the evening with a torchlight procession and the remains of the torches that are then left are used to light the disc fire that is visible everywhere.

The young, strong male people from the village, the so-called disc beating, then try to hit the burning wooden discs in a large arc down into the valley. In the case of the wooden discs, there is usually a hole in the middle for inserting a stick or stick made of strong hazelnut wood.

In the days before the first Sunday of Lent, the so-called Funken or Kas Sunday, the young boys prepare the necessary discs.

For the audience of this tradition in the Black Forest, the brightly glowing panes look like shooting stars from a corresponding distance. In the past it was mainly the village population who followed this traditional event from the valley.

Even today, in some areas, almost every village has its own event. The slicing as an old tradition in the Black Forest attracts a large number of visitors every year.

Image courtesy of Stefan Asal
More on the topic:
Webcams on the Feldberg The webcams show the live weather from the lift network on the Feldberg. The webcam regularly transmits a picture from the Black Forest. In the largest
Route Wattkopf Mittel
Start: Ettlingen Kilometers: 14 meters in altitude: 260 Start / finish: Parking lot at the Ettlingen outdoor pool Joint start on the “Vogelsruhweg” (across from Wattsteigbrückenweg) to the Fuchsbauweg above the Kalberklamm hunting lodge, then 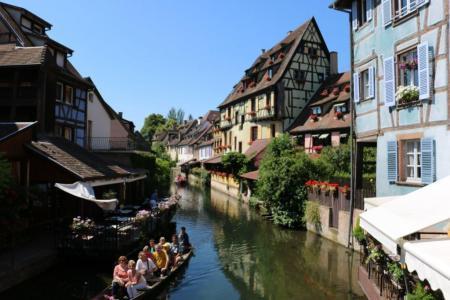 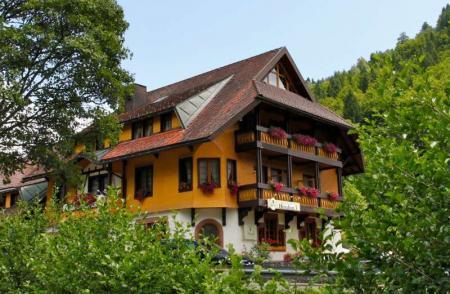