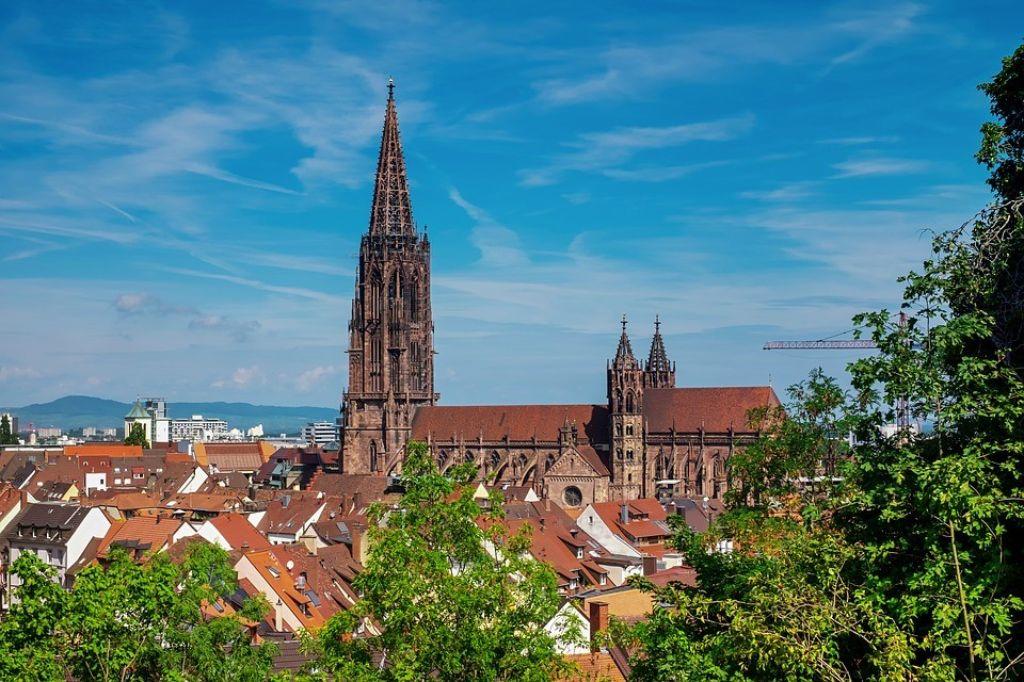 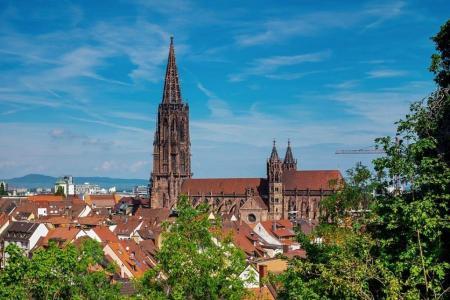 Cities in the Black Forest

On the edge of the Black Forest lies the beautiful city of Freiburg im Breisgau. Freiburg is one of the largest cities in southern Germany. It not only offers a beautiful market square and a charming old town with many sunny corners, but also many interesting events, cultural highlights and unique sights. The Minster is the symbol of the city. That Freiburg Minster (also: Minster of Our Lady) is a Gothic and Romanesque cathedral that was completed between about the years 1200 and 1513 and where masses are still held today. The tower of the Minster is a particularly beautiful part of the building. This towers a proud 116 m high, at a height of 70 m there is a viewing platform for visitors. A uniquely beautiful clock is located on the facade of the tower. Numerous wars and the change of the The cathedral survived almost unscathed times and is considered the city's architectural masterpiece with its decorative elements and its harmonious construction.

In the old town, visitors can stroll through the beautiful alleys, in which cars are often not allowed to drive. The Freiburg “Bächle” is just like the cathedral a landmark of the city. They are small brooks - narrow waterways - that run through many streets of the old town and make a pretty picture. In total, they are 15,5 kilometers long. The Bächle was used to irrigate fields and pastures as early as 1220. But there are also assumptions that its history even goes back to the founding of Freiburg.

Baden-Baden is often pleasantly warm in both spring and autumn. Not only the mild climate attracts many visitors to this beautiful city. There are beautiful bathhouses like the Roman-Irish Friedrichsbad Baden-Badenwhich opened in 1877. Other spa options also attract many tourists to the spa town of Baden-Baden, such as the classic Caracalla Spa. If you are drawn to the heights, you can take a funicular to the Großer Staufenberg "climb”, Which is 668,3 m above sea level and offers a breathtaking view of the city and the beautiful surroundings. There is an observation tower and a restaurant here. Baden-Baden traditionally also attracts its visitors for another reason: The world-famous, renowned casino Baden-Baden, which is located in a time-honored building in the town center. It has existed since 1838 and is housed in the beautiful Kurhaus. Celebrities and well-known personalities travel specially to be able to play in the casino. The Baden-Baden drinking hall is also worth seeing. In the Frescoes by Jakob Götzenberger hang on the loggia, depicting myths and legends from the area. The pump room was designed by one of Friedrich Weinbrenner's pupils, Heinrich Hübsch, and built in the spa garden from 1839–1842.

Not far from Freiburg is the small town of Müllheim. Müllheim is a less well-known place, which is mainly famous for its wine-growing and is even the largest wine-growing community in the Markgräflerland. In addition to wine, fruit is also grown here. Müllheim apples, for example, are also extremely popular nationwide. The oldest wine market in Baden is held in Müllheim. It is an annual event for the city's 18.600 residents and people from the surrounding area. Incidentally, the name Müllheim comes from the Old High German Mulinhaimo. The place got its name because of the many mills that existed here. Müllheim consists of different districts that have grown together. Including Britzingen with the idyllic St. Johannes Church and Hügelheim with the Protestant St. Catherine's Church. The town's major recurring events include the Müllheim Wine Market, which has been held since 1872 and specializes in Markgräfler wines, the town festival, which takes place at the end of June, and the annual market, which is celebrated at the beginning of November.

The Black Forest has many beautiful places and incredibly beautiful nature to offer. If you are looking for beautiful surroundings but still want to be in a city, you can choose Freiburg, Baden-Baden or Müllheim.

More on the topic:
Buehlertal

Games evening in the apartment
Would you like to start a pleasant and quiet game evening in the holiday apartment? But do not yet know which games are particularly suitable? Then we have
Waldachtal-Vesperweiler

Mönchhof sawmill
The Mönchhofsäge is a living cultural monument in the northern Black Forest. The museum saw has already been awarded the cultural landscape award. The hydraulic powered saw is complete
Baden-Baden

Merkur mountain railway
The Merkurgipfel can only be reached by visitors on foot or from Baden-Baden with the Merkurbergbahn. Built in 1913, the mountain railway became technical in 1967

Apartment in the Stefan house