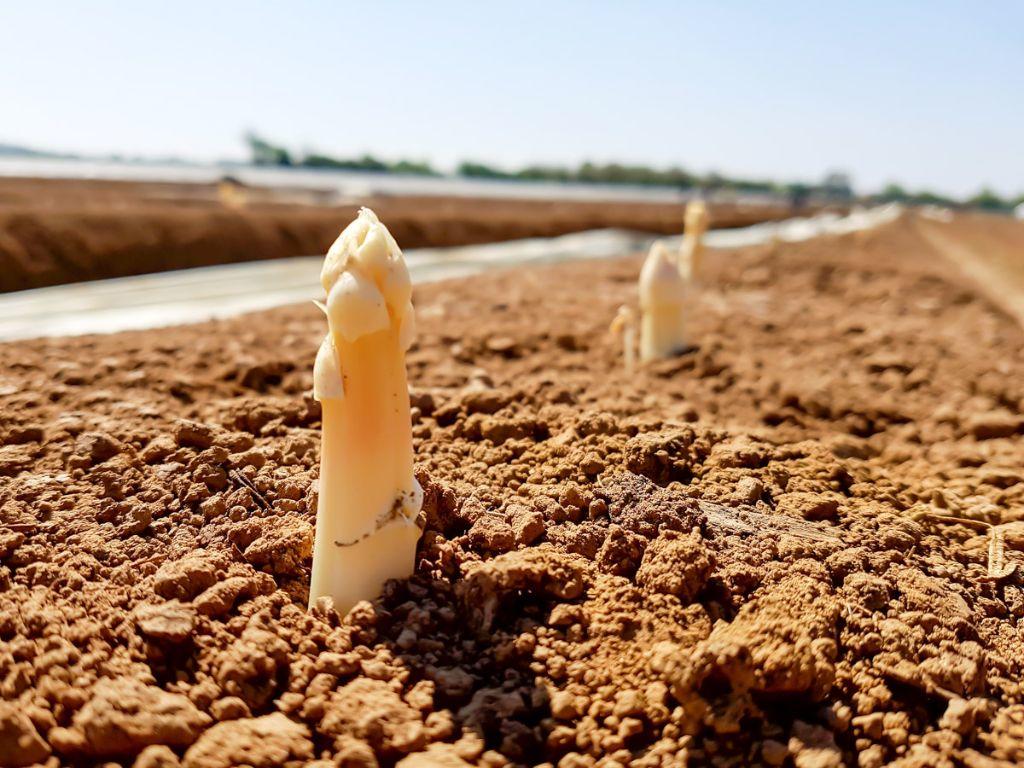 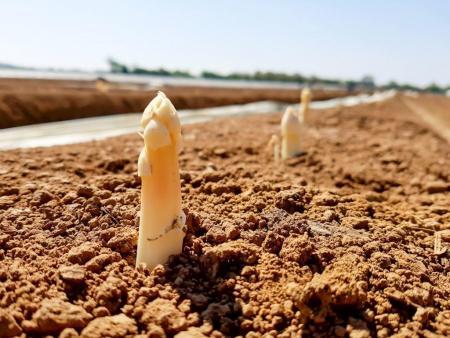 The Badische Spargelstraße naturally puts asparagus in the foreground, but it has a lot more to offer than just asparagus! From beautiful castles, museums and other tourist highlights, to delicious wines and excellent local cuisine, visitors are offered almost everything their hearts desire. In combination with the landscape and the balanced climate, the Baden Asparagus Road can be easily discovered by bike or on foot. In the asparagus season, from mid-April to June 24th, asparagus specialties are offered in all restaurants and inns, and everything is prepared with asparagus that comes directly from the field. Even after the actual asparagus season, this region is a splendid play of colors, as instead of asparagus, green-colored bushes with red berries grow.

The covered asparagus field from a bird's eye view.

Whether with the Egyptians, the Greeks or the Romans, asparagus was a popular vegetable in the past. In the Middle Ages, asparagus was often used as a medicinal plant. Even then, the detoxifying and diuretic effect was known. The asparagus was especially enjoyed as a starter by the rich and wealthy. In the middle of the 13th century, crusaders brought the first seeds to Europe, although in Germany asparagus farming was only known at the beginning of the 17th century. Even then, Prince Carl Theodor had asparagus grown in his electoral summer residence in Schwetzingen.

In 1994 the Badische Spargelstraße, at that time only from Schwetzingen to Bruchsal, was brought into being by the mayor Helmut Müller from Reilingen. A year later, the asparagus route was extended to Scherzheim.

Highlights of the Baden Asparagus Route

Everything revolves around the asparagus. In the fields, it is shown how asparagus is grown, the fresh asparagus is then sold directly in the fields, and the restaurants offer their asparagus specialties with fresh asparagus and in Bruchsal you can visit the most important and largest asparagus market in Europe. A special highlight is the town of Reilingen, where you will find the asparagus nature trail to learn more about the special culture of asparagus. Because many asparagus lovers do not know how difficult it is to grow asparagus. The asparagus season starts in mid-April and lasts until June 24th. At this time, visitors can watch the harvest or, if desired, even help the farmer with the harvest. In addition, some communities organize asparagus festivals.

Sights along the way

In addition to the Asparagus Route, there are a few other cultural attractions that are definitely worth a visit. Along the way there are also some castles, interesting museums, gardens, lakes for swimming, leisure swimming pools and much more.

In Schwetzingen there is the electoral summer residence of Prince Carl Theodor, the Schwetzingen SWR Festival and the Mozart Festival.

The Hockenheimring is a famous motorcycle racing track.

Here is the Baroque Hermitage Palace and the pilgrimage church with an adjoining monastery.

There is a second baroque palace in Bruchsal, and next to it there is the German Museum of Music Automatons. The baroque church St.. Peter and the Michaelsberg are further sights.

Gottesauer Castle was built during the Renaissance and has been destroyed and rebuilt several times to this day. The state museum Karlsruhe and the majolica ceramic factory are also located here.

The largest open-air theater in Germany is located in Oetigheim.

The Favorite Castle is not only the oldest porcelain castle in Germany, but also the only one in its original form. The Residenzschloss is the first baroque residence on the Upper Rhine. The defense history museum on modern German military history is also located in this castle.

In Iffezheim, the racecourse and the barrage are interesting to see.

The Benedictine Abbey Church, also known as Münsterschwarzach Abbey, is one of the most important Benedictine monasteries in Germany.

More on the topic:
Expert

Black Forest Bobsleigh in Gutach
A very special pleasure awaits you here! Get on the Schwarzwaldbob, one of the most interesting toboggan runs in the Black Forest. A lift system brings you up

Where is camping allowed?
The Black Forest in the southwest of Baden-Württemberg is the largest low mountain range in Germany and has been one of the most popular camping destinations in Germany for decades.