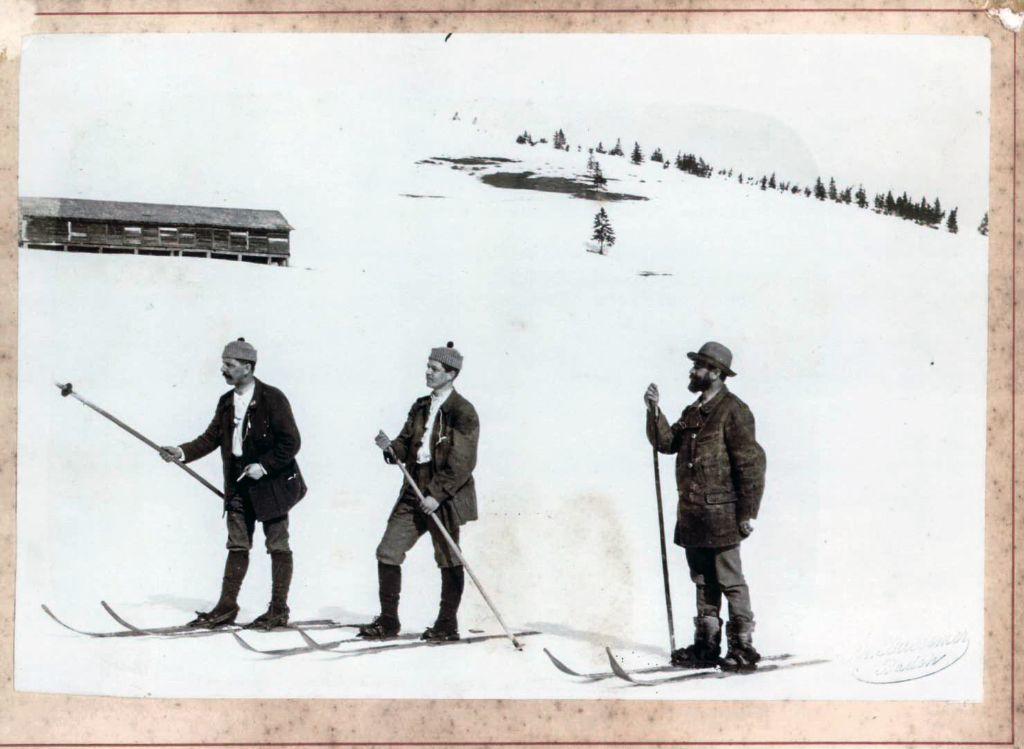 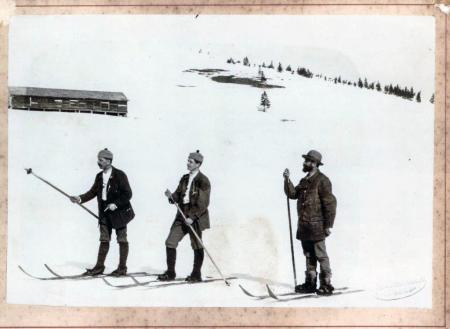 In February 1891, the French consul Dr. R. Pilet started skiing on the Feldberg for the first time. On February 08.02.1891th, 10 he entered the guest book of the Hotel Feldberger Hof with the following words: “With Norwegian snowshoes on the Feldberg.” This sentence is considered to be the birth of skiing in all of Central Europe. He had taken the Höllentalbahn to Titisee and from there undertook the XNUMX-kilometer ascent to the Feldbergerhof on skis.

In December of the same year the Ski Club Todtnau founded by six men. Since Todtnau lies in a deep valley and the town was also very wealthy due to mining, the people there were happy to try out extravagant things. The ski club still exists today and was the oldest in Germany. Although the ski club was founded in Munich in 1890, it was dissolved again a short time later. Fritz Breuer, the chairman of the Todtnau ski club, quickly wrote instructions for snowshoeing and sold it for one mark.
Skiing was not only promoted as a means of transportation, but above all as fun. At the beginning, skiing was only aimed at a small target group, because the sport was not for poor people, but only for the elite class. The Ski Club Todtnau also played an important role in the establishment of the German Ski Association in 1905. 1550 members of the association came from the Black Forest alone. For comparison, just 208 came from Bavaria.

If you take another look at history, winter sports were not actually intended for women, but on the Feldberg people campaigned for emancipation very early on. The current regulations were suspended and as early as 1897 there were photos from the archive showing women on skis.

In 1908, the construction of the first ski lift in Germany shows another important point in the history of winter sports in the Black Forest. In a small town called Schollach, Robert Winterhalter was already looking for a way to transport his grain to the mill and then back to the house more easily. Its construction was then extended to the transportation of people. Since many people came to Schollach because of the good air, but suffered from asthma or anemia, for example, he wanted to make the strenuous and arduous ascent easier for them. As the lift gained popularity, at times it earned more than any other person in all of Schollach combined.

First ski championships on the Feldberg

Start of the Feldberg tower run

Ski championships were held on Feldberg for the first time in 1900. Women were soon allowed to take part, too, but still in skirts. Another important point in history is the construction of the ski jump, the Max-Egon-Schanze. Until 1936 it served as a jumping hill for the traditional Easter jumping.

In 1974 the first ski marathon takes place on the Feldberg with 1175 participants.

As history shows, important decisions for winter sports throughout Germany were made in the Black Forest. However, it can be observed that in the 20th century skiing increasingly shifted to the Alps. Competitions in Nordic disciplines such as cross-country skiing or ski jumping were held on the Feldberg. Alpine skiing, however, was further developed and raised in the Alps. Especially since the 1936 Winter Olympics in Garmisch-Patenkirchen, skiers have preferred the more spectacular mountains in the Alps. Perhaps this development would have been different if the Olympic Winter Games had taken place on Feldberg.

More on the topic:
Gengenbach

Transport Museum Gengenbach
The rafting and transport museum in Gengenbach is located in a former railway keeper's house at the intersection of the three traffic routes Kinzig, Schwarzwaldbahn and Straße. Close from the location

SCHMUCKWELTEN Pforzheim ?? Experience fascination
How does gold taste ... how does it feel? Visit Europe's largest adventure world for gold, precious stones, jewelry and watches on over 4.000 square meters. 250