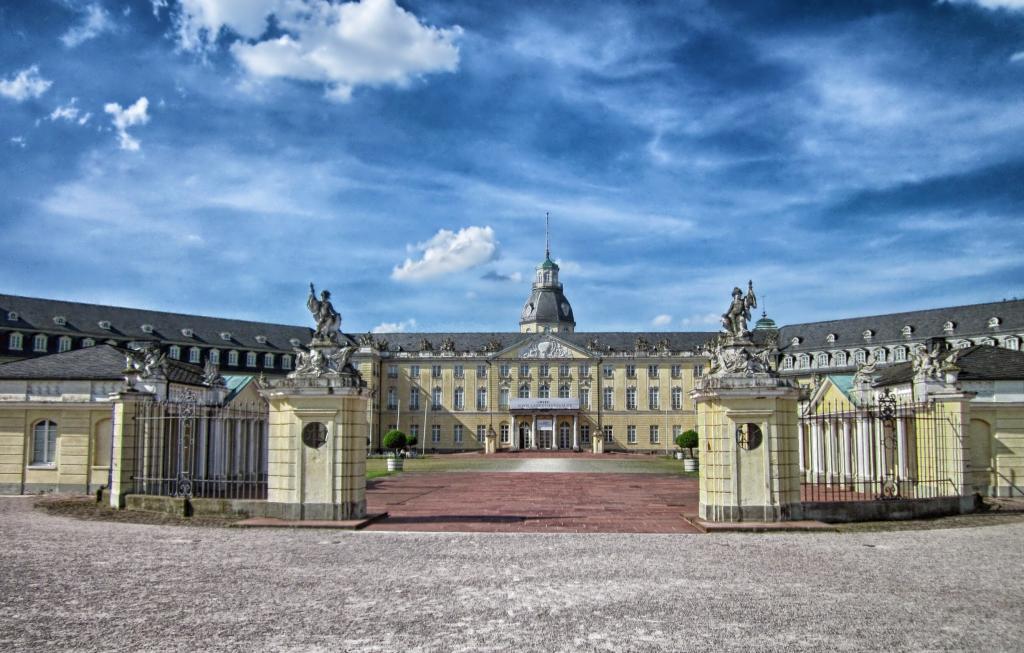 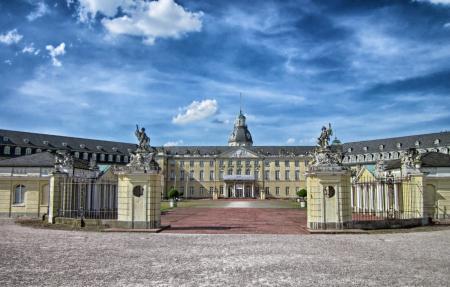 The city of Karlsruhe is located in Baden-Württemberg and is the third largest city in this federal state after Stuttgart and Mannheim. Karlsruhe has around 308.436 inhabitants (as of December 2020). The fan-shaped city is divided into 27 districts.

One of the biggest highlights is the Karlsruhe Palace, which is surrounded by a spacious palace garden. On Sundays and public holidays, visitors have the opportunity to explore the palace gardens on a ride on the palace garden railway, which was first put into operation in 1967 on the occasion of the Federal Garden Show.

The Karlsruhe Palace forms the center of the fan-shaped city. The palace was completed in 1718 and served as the residence and seat of government for margraves, electors and grand dukes for around 200 years. Today the castle houses the Baden State Museum. In addition to a permanent exhibition, there are also regularly changing exhibitions.

The Zoological City Garden is also a real attraction. The mixture of park and zoo makes it so special. In the exotic house, which has existed since 2015, there is a variety of tropical species to admire. There are 100 different animal species here, a total of around 2000 animals.

From Easter to mid-October, the Zoological City Garden offers a boat trip with a gondoletta. The round trip leads over the Stadtgartensee and the Schwanensee past the enclosures of the animals. The Japan Garden is also worth a visit. Here, the visitor can even take part in a real Japanese-style tea ceremony in the tea house.

The previously mentioned ZKM, the center for art and media, is located on the Human Rights Square in a former ammunition factory. It is considered one of the most important art institutions in the world. With its constantly changing exhibitions and events, the ZKM is highly recommended for those interested in art and culture.

Gottesaue Castle is located in Otto-Dullenkopf-Park in Karlsruhe's Oststadt. The small castle from the Renaissance period has already been destroyed and rebuilt several times. The Karlsruhe University of Music has had its headquarters here since 1989. Numerous music concerts by students take place here throughout the year.

Also worth seeing in Karlsruhe is the botanical garden, which is located on the edge of the palace garden. It is considered the oasis of Karlsruhe. Here you will not only find twenty different tree species from different countries and continents, but also tropical plants and cacti in the various showrooms and greenhouses.

The old town of Durlach

The Karlsruhe district of Durlach is older than the city itself. It forms the historic city center. The picturesque old town with the small cafés and restaurants invites you to stroll and exudes a medieval flair with its market square, the city wall and the narrow streets. Recurring events such as the carnival parade, the old town festival, the cultural summer and the medieval Christmas market attract thousands of visitors every year and are the absolute highlight of a visit to Karlsruhe.

An absolute must for every visitor is a trip to the Turmberg. From the 256 m high mountain you have a fantastic view of Karlsruhe, the Rhine plain and the Palatinate mountains. Karlsruhe's local mountain can be reached either with the Turmbergbahn or via the Hexenstaffele. The Turmbergbahn was first put into operation in 1888 and is Germany's oldest still running funicular. The Hexenstäffele is a staircase with 528 steps that leads from Durlach to the Turmberg. There is also a forest rope park, a large playground and numerous hiking trails.

Gutenbergplatz, which is under monument protection, is one of the most beautiful squares in Karlsruhe. Cafes and restaurants invite you to linger and a wide variety of boutiques and shops to shop. Every Tuesday, Thursday and Saturday you can stroll through the city's oldest weekly market. And the lime blossom festival has also been a tradition in Karlsruhe for 100 years. Every year in July, the festival attracts visitors.

Karlsruhe - a city with history

Karlsruhe itself was founded as a planned city in 1715 by Karl Wilhelm Margrave of Baden-Durlach. However, the districts of Durlach and Mühlburg, which were incorporated later, are much older

Due to its layout, Karlsruhe is also known as the fan-shaped city. From the Karlsruhe Castle Tower, which forms the center of the fan, you have a view of all 32 streets and avenues, which are supposed to symbolize rays and correspond to the exact division of a compass rose. This radial layout of the city represents the embodiment of absolutism.

From 1806, Karlsruhe served as the residence of the Grand Dukes of Baden. Ahead of his time, the then Grand Duke Carl in Karlsruhe issued the Baden constitution in 1818, which was considered very liberal. In 1822 the parliament building was built. In 1825 the Polytechnic followed, which was founded by Grand Duke Ludwig I. Today it is the Karlsruhe Institute of Technology (KIT).

During World War II around 30% of Karlsruhe was destroyed. But the city survived this dark chapter in history and recovered.

In 1984, the first e-mail in Germany was received in the computer center at Karlsruhe University. In 1995, Baden-Airport GmbH converted a former Canadian military airfield and connected Karlsruhe to international air traffic with Karlsruhe/Baden-Baden Airport. In 2009 the city was awarded the title “Place of Diversity” by the German Federal Government. In 2014, the city's population exceeded 300.000.

The seat of the Federal Court of Justice has been in Karlsruhe since 1950 and the seat of the Federal Constitutional Court since 1951. The city has nine universities, with the Karlsruhe Institute for Technology (KIT) being the best known. With its Center for Art and Media, or ZKM for short, Karlsruhe is also one of the most important European locations for information and communication technology. Since 2019, Karlsruhe has been part of the UNESCO Creative Cities Network as a “City of Media Art”.

Mountain bike signage in the Black Forest
Target-oriented signposting using main signposts with destination and kilometer information forms the basic structure of the signage. The main signposts (also information signs) are at the junctions of the route network

The climate in the Black Forest
Climatically, a mountain range stands out from the peripheral landscapes due to lower temperatures and greater rainfall. Regular precipitation throughout the year characterize the low mountain range