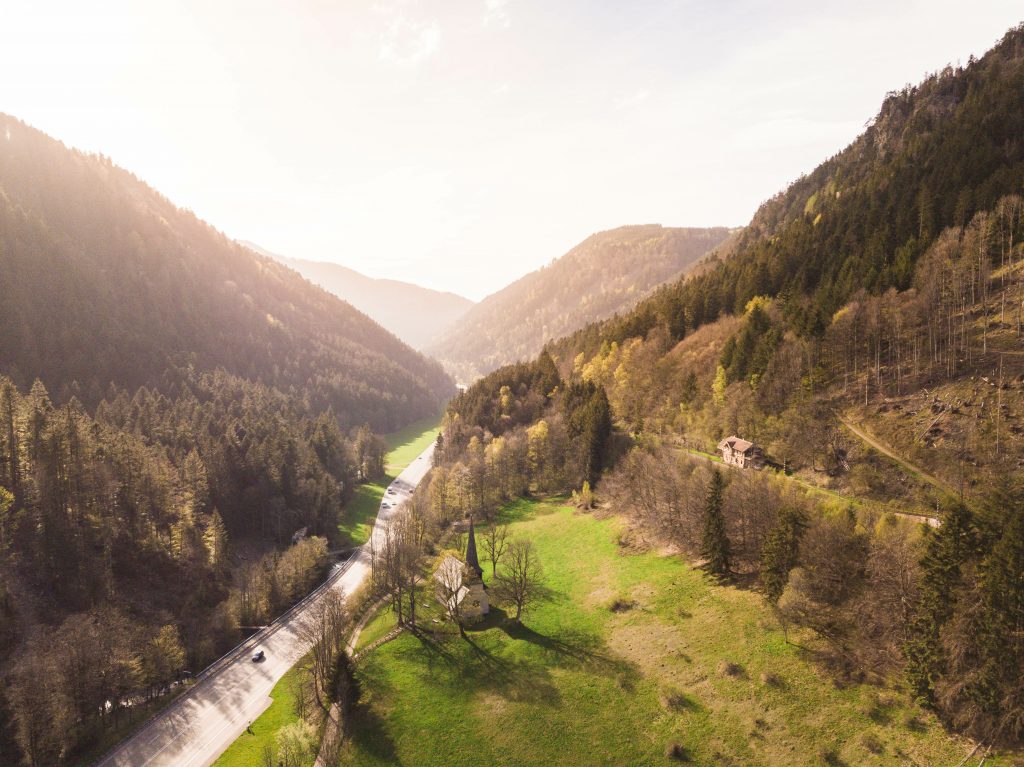 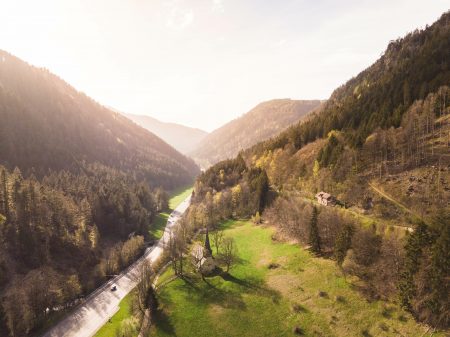 Im Southern Black Forest Nature Park that meanders nine kilometers long Höllental between rugged rock walls, some of which are 600 meters high. The route is on the shortest route with around 50 kilometers between Freiburg and Donaueschingen.

People set out to cross the valley as early as the Middle Ages: mainly traders, farmers and knights - until the end of the 19th century via the so-called Falkensteige around Falkenstein Castle. Until then, crossing the valley was considered inhospitable, mainly because of falling rocks and the risk of flooding. Merchants walking through were also regularly attacked on their way. For Black Forest tourists, the former horror of the Hell Valley has turned into fascination. There are now various ways to cross. What they all have in common are breathtaking views.

On the way through Höllental by train, car or hike

Several million holidaymakers travel to the Black Forest every year. Medieval city centers, clear lakes and extremely steep mountains make up the attraction of the picturesque region. That Hell Valley connects all of it. Its gorge-like course extends between Hinterzarten and Buchenbach-Himmelreich. Since the end of the 19th century, the line has been used by the steepest main line in the Federal Republic with more than 50 percent gradients. The famous hairpin bends of Bundesstraße 31, which is regularly closed for rock securing work, are almost parallel to the railway line. Until 1887, the valley was only crossed on foot. With the opening of the dust-free hunter's path from 1926, there was a new pedestrian connection between the Upper Black Forest and Dreisamtal to Freiburg. Back then, a hammer and chisel was used to cut a tunnel through the narrowest part of the Hell Valley, the so-called Hirschsprung. The tunnel connection is considered to be the last to have been manually created in Germany and is now closed due to the risk of falling rocks. Thanks to a diversion around 2,5 kilometers long, pedestrians can still cross the valley.

Travel tip for Black Forest tourists: With the guest card for visitors to the Black Forest, tourists can travel by bus and train free to the steepest part of the Höllental in Hinterzarten. After the crossing, do you fancy a detour to France? From Freiburg im Breisgau, the French capital Paris can be reached by public transport in less than 4,5 hours. That is with high-speed trains Connected to European cities like Amsterdam, which means travelers remain flexible.

Black Forest sights: These are the highlights of the Hell Valley

There is an altitude difference of more than 440 meters between Hinterzarten and Bubenbach-Himmelreich. The most interesting point between the two places is the Hirschsprung. This narrowest part of the Hell Valley is reminiscent of a gorge, the walls of which protrude over 100 meters into the air. But apart from this point and the bronze monument erected there, there are some sights in the breathtaking landscape of the Rotbach valley. Including in particular

Attractions like the ones mentioned above are not only discovered on foot. Those who pass the valley on the Höllentalbahn will also see the highlights. The train covers 13 stops between Freiburg and Donaueschingen: Wiehre, Littenweiler, Kirchzarten, Kingdom of Heaven, Hinterzarten, Titisee, Neustadt in the Black Forest, Rodenbach, Löfflingen, Bachheim, Unadingen, Döggingen and Hüfingen Mitte. There are a total of 15 tunnels on the route. At the Ravenna viaduct, the Höllentalbahn travels more than 200 meters and over the gorge at a height of 36 meters.

On the route of the Höllentalbahn is Freiburg thanks to its medieval old town one of the most worth seeing cities. Located on the western edge of the Black Forest, the metropolis with the unique Bächle is the southernmost city in Germany. It was founded in 1120. Worthwhile buildings like the city landmark Freiburg Minster, the historic department store and the Wetzinger Haus are not the only highlights. The city's local mountain is also the Schauinsland worth a detour. In addition, Freiburg is connected to the Schlossberg recreation area by Schlossbergbahn. From the city garden, the train sets off every day to the Schlossberg restaurant, which is 80 meters higher. From there you can reach Kanonenplatz at ground level, which opens up a breathtaking view of the Black Forest and Freiburg's old town. Those who are not afraid of the 15-minute ascent can reach the on the summit Schlossberg tower, where a panoramic view to the Rhine plain awaits.

Close: With the Höllentalbahn, holidaymakers can also reach the legendary Titisee from Freiburg. The water area, which is more than one square kilometer in size, was created by the Feldberg Glacier. With its Seestraße, Lake Titisee is one of the most famous excursion destinations in Germany. Always worth a visit for passionate swimmers and boaters! As the next stop, Neustadt with the largest natural ski jump in Germany is particularly popular with winter sports enthusiasts. Together, the two districts form the well-known tourist resort Titisee-Neustadt.

Image courtesy of Maxi - stock.adobe.com
More on the topic:
Vohrenbach

Vohrenbach
Vöhrenbach, a small town in the Schwarzwald-Baar district, lies about 800 meters above sea level in the Breg valley in the central Black Forest. Neighboring are Villingen-Schwenningen and
Schonach

The nature discovery trail in Schonach
The nature experience path in Schonach is a leisure activity for families with children and is very varied. Numerous hands-on stations around the topic of forests are waiting
Baden-Baden

Friedrichsbad in Baden-Baden
In Friedrichsbad, those seeking relaxation have been enjoying traditional bathing in an antique setting for over 130 years. It is not without reason that the thermal bath is a landmark of the city of Baden-Baden.

Skiing with the family
There are many things to consider when choosing ski areas and thus holiday destinations. On the one hand, you should pay attention to safety on the slopes.