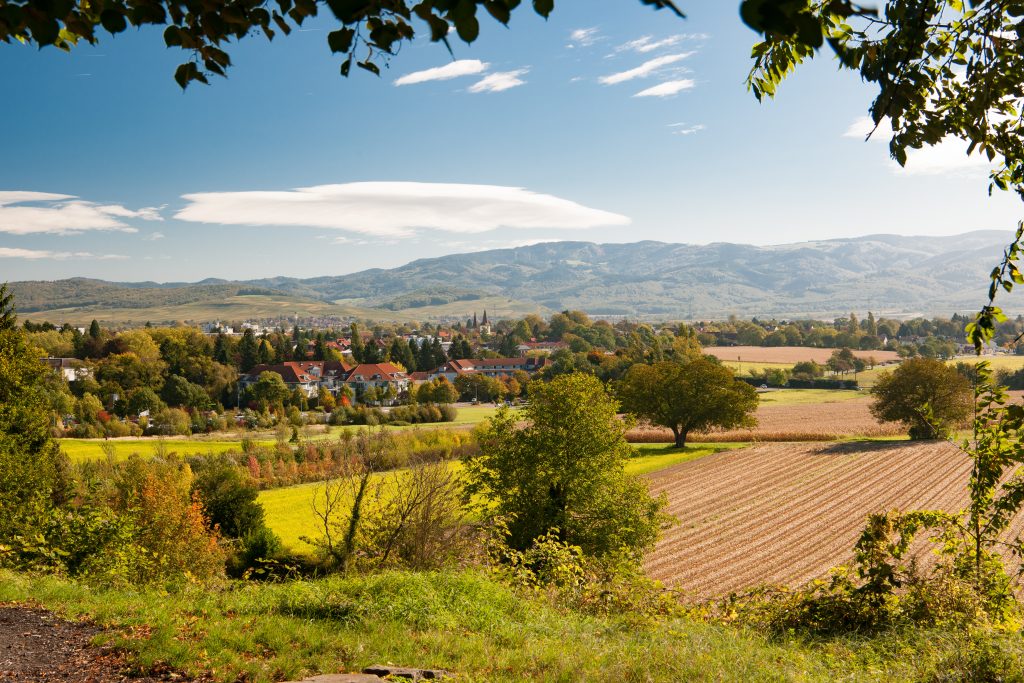 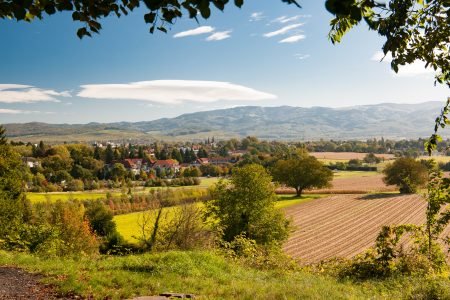 The health resort Bad Krozingen is located in the district of Breisgau-Hochschwarzwald and is approx. 15 km from Freiburg removed. To the west, the border with France is only around 20 kilometers away, and Switzerland to the south can also be reached in less than an hour.
Bad Krozingen in its current form was created in the 1970s through the amalgamation of several previously independent communities with the previously much smaller town of Bad Krozingen.
The city, which today is home to over 22.000 people, grew out of a small Alemannic settlement founded around 800 AD.

The foundation stone for Bad Krozingen's current status as a health resort was laid in 1911 when, contrary to expectations, drilling in the Upper Rhine Graben uncovered thermal water instead of oil.
The opening of the first spa, the award of the spa title “Bad” in 1933, and the commissioning of the first spa in 1959 were the first steps on the way to the development of today's spa and bathing resort. In addition to several rehab clinics and a heart center, this now includes the Vita Classica thermal bathsin which it is particularly rich in minerals and carbonic acid Thermal water is used. The particularly high density of local doctors and health service providers is another aspect that makes the health town of Bad Krozingen stand out.

The Oberrhein-Römer-Radweg represents a perfect combination of sporting activity with the discovery of the region around the city. The cycle path between Grenzach-Wyhlen and Offenburg extends over 200 kilometers and lets cyclists immerse themselves in the history of the former Roman Empire through ruins and museums.

In addition to the numerous opportunities in the areas of health, wellness and sport, the city of Bad Krozingen also has cultural sights to offer.

City museum in the Litschgihaus

The name of the baroque building, in which the Bad Krozingens town museum is located today, goes back to the Savoyard Litschgi family, who built the building in the 17th century. The history of the region is told in the museum, among other things, with archaeological finds from the Stone and Bronze Ages, as well as finds that prove the settlement of the region by the Romans. Exhibitions on special personalities in the city can also be admired in the museum. Currently, both the Author Zenta Maurina as well as the clergyman Father Marquard Herrgott with exhibitions.

Museum in the town hall of Biengen

The village museum is a branch of the aforementioned city museum in the Litschgihaus and lets its visitors immerse themselves in the everyday life of people of past generations and the development of this everyday reality over the course of the last centuries.

The open-air museum Merovingian Park extends over an Alemannic burial ground and explains the finds made here to visitors.

The castle in Bad Krozingen, built in 1579, now offers music enthusiasts the opportunity to enjoy various concerts of music from the 16th to 19th centuries.

Cinema buffs will get their money's worth when visiting the JOKI cinema, which opened in 2015 at Bad Krozingen train station. In addition to seats for 112 visitors, the cinema also offers 3 wheelchair spaces and allows film enthusiasts to immerse themselves in the colorful world of the cinema every day of the week with the exception of Wednesdays.

Trigema factory outlet / Bad Krozingen
In the test shops in Bad Krozingen, every visitor will find all products from the current collection as well as the Trigema basics under one roof. here we can